Clippers vs Raptors Fantasy NBA: The Los Angeles Clippers will come into the game after losing to the Nuggets despite a 20 points outing by Paul George. Meanwhile, the Toronto Raptors beat the Lakers rallying around an incredible 39 points and 13 rebounds outburst by Pascal Siakam. More information about LAC vs TOR Dream11 will be given here.

Clippers’ season: Clippers have been great during the regular season, however, the duo of Leonard and George will be treading a tough path during the NBA Playoffs. While the team is located at the 4th spot in the NBA Standings for Western Conference, they will be facing some sturdy squads like Nuggets, Suns, Lakers, Jazz, who are all loaded with talent. Although they do have players who can play on both ends, the time is ticking for the duo of Leonard and George.

Raptors’ season: Toronto is having a difficult season and the locker environment has been also up-and-down, as has been the case with the relationship between Siakam and the management. While VanVleet and Siakam have stitched together a terrific campaign, the team simply lacks the spark to compete against the most squads in the league. The Raptors have had a turbulent season but they have tried to play better basketball this month.

Pascal Siakam
PPG: 20.9
RPG: 7.2
APG: 4.5
SPG: 1.1
TPG: 2.3
Projected Fantasy Points: 44
Siakam is one of the best players at the big Forward position and even slides in to play the Center position for the Raptors. He leads the team in scoring and can pass the ball well for a Forward too. However, his future is unclear in Toronto the way things are going on right now. He is coming off 39 points and 13 rebounds outing in the last game. He can be considered as a candidate for the Super-Player in the Dream11 NBA scenario. 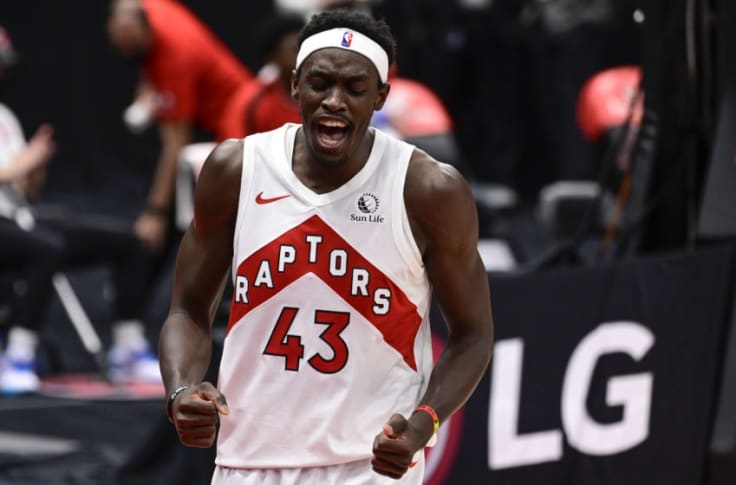 Paul George
PPG: 23.7
RPG: 6.6
APG: 5.2
SPG: 1.2
TPG: 3.3
PFP: 42
PG-13 has weaved together an impressive season, picking up his scoring last month and being a constant threat on the defensive end too. His stats are better than the last season and he has given the Clippers a great boost at the SG position. After having a sub-par March scoring-wise, PG-13 is averaging 9 RPG for the last 5 games.

Kawhi Leonard
PPG: 25.5
RPG: 6.6
APG: 5.1
SPG: 1.6
TPG: 2.0
PFP: 41
Leonard has been in superb form this season, and the multiple times NBA Finals MVP looks like he is on a mission. He has helped the Clippers secure their current ranking and continues to be perhaps the most intimidating offensive and defensive player at the SF, a rare combination in itself. 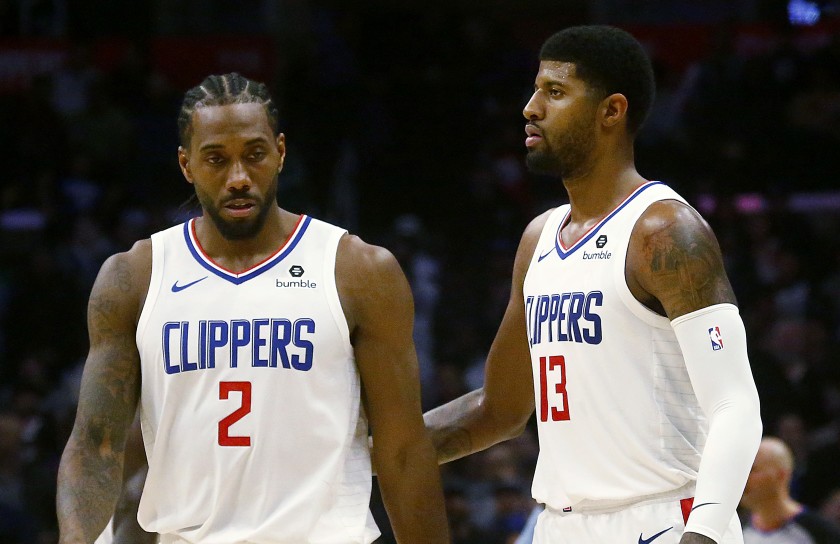 Marcus Morris Sr.:  PPG: 13.5     RPG: 4.2    PFP: 30
Marcus has supplemented great offense for the Clippers and they look for him to pick up the overall scoring. The veteran Forward has helped his team in accumulating the offensive output regularly. He average 16.4 PPG and 5.2 RPG last month.