WBA vs WOL Dream11: All sporting eyes within the Black Country will be focused on the Hawthorns ahead of this fierce local derby between West Brom and Wolves. The hosts will be looking to complete a derby double over Nuno Espirito Santo’s side after beating Wolves 2-3 at Molineux back in January, whilst the visitors are hoping to secure a first win at the home of their biggest rivals since 1996. Only a win will do for West Brom in their failing bid for survival and they may not get a better chance to secure a fourth straight victory against a Wolves side off the back of an embarrassing 0-4 home defeat at the hands of Burnley. Sam Allardyce’s men therefore have little choice but prioritise all-out attack and this is likely to lead to an entertaining affair.

Injury Report and Unavailability: Right-back Branislav Ivanovic is out with a hamstring injury and is likely to miss out for the rest of the season.

Expected changes and Strategy: Robert Snodgrass is close to a return after undergoing an epidural to heal some of the niggles he had picked up.

Injury Report and Unavailability: Raul Jimenez continues to be sidelined after fracturing his skull. Jonny and Pedro Neto are out with knee injuries. Joao Moutinho and Marcal are also sidelined.

Expected changes and Strategy: Nuno should again select a front three of Willian Jose, Daniel Podence and Adama Traore, but Moutinho’s expected return might see Leander Dendoncker drop into a back three. 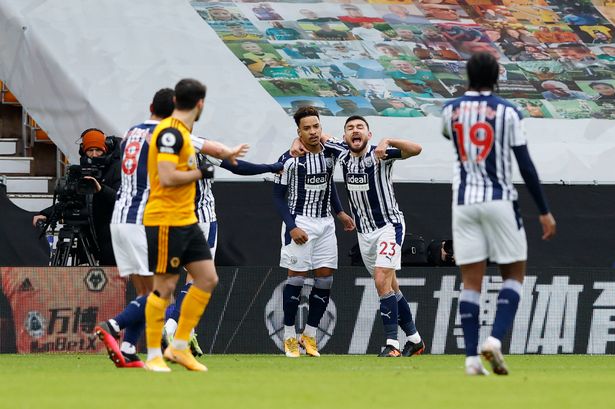 Callum Robinson: Robinson has 5 goals and a total of 16 shots on goals. This results in a goal conversion rate of 36.31%. He had a total of 14 big chances. He has a total of 1 assists, 16 key passes and he created a total of 15 chances.

Matheus Pereira: Pereira has 9 goal and a total of 19 shots on goals. This results in a goal conversion rate of 42.46%. He had a total of 10 big chances. He has a total of 1 assists, 5 key passes and he created a total of 9 chances.

West Brom will be forced to push forward and look for the victory, but we are struggling to back them against a Wolves side that is full of talent despite their issues this term. It would not be a surprise to see either a home or an away win on Monday night, but we have ultimately settled on a low-scoring draw. In our WBA vs WOL Today Match Prediction odds, we back for a 1-1 draw in this match.