ABH vs ITT Dream11: As the Saudi Arabian Leagu heads towards its conclusive stages of the season, it will be Al Ittihad that squares off to Abha up next. The game will be contested at the Prince Sultan bin Abdul Aziz Stadium. In terms of the standings, Al Ittihad are currently in at 4th with 47 points having won 12, drawn 11 and lost four from their 27 games. They do have a chance to finish in the top three provided they win their remaining three fixtures. Meanwhile, Abha, have had an underwhelming campaign, and are 12th in the league with 34 points. They are four points away from the danger zone, and will be keen on staying afloat in the top division next season. With that being said, here is the ABH vs ITT Dream 11 Prediction for the contest ahead.

Head to Head
From the last six meetings between the two sides, it’s Abha who have had the upper hand with three wins in contrast to Al Ittihad’s two wins.

Expected Changes and Strategy: A Mhamdi should be starting in at goal, while, F Al Jumayah, M Tahrat, A Attouchi and N Al Sharari could line up as the back four in defence. A Al Barakah, K Aoudadhi and S A Bin Zaydan should fill in at the midfield region. B Tatar, C Strandberg and S Al Amri are in contention to lead the attack.

Expected Changes and Strategy: M Grohe should be starting in at goal, while, S Abdulhamid, O Hawsawi, A Hegazy, M Al Shanqeeit could feature in at defence. A Al Jebreen and K El Ahmadi coudla accommodate midfield. A Al Bishi, Romarinho and G Rodrigues should provide the service to A Prijovic up top. 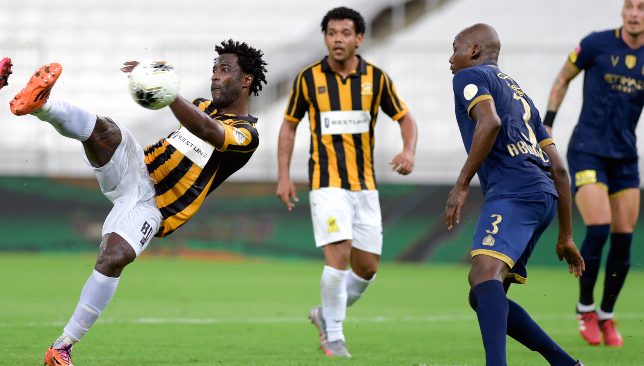 Captain Options
Carlos Strandberg can play a pivotal role in the forward line for Abha. Strandberg has registered 16 goals from 25 appearances in the league this season.

Romarainho has been one of the standout figures for Al Ittihad. The 30-year-old has secured 15 goals from 27 appearances in the league this season.

Differential Picks
Saad Beguir can pack a punch from the midfield position for Abha. Beguir has netted eight goals from 23 appearances in the league this season.

Aleksandar Prijovic can prove to be the danger man from Al Ittihad’s end. Prijovic has scored six goals from 25 appearances in the league this season.

Abha have been one of the teams to beat this season, and will be eying a spot in the top three. Al Ittihad have struggled to find momentum this season and have a stern test ahead. With that being said, the ABH vs ITT Today Match Prediction odds are in favor of Abha to get the win here.