VER vs BOG Dream11: Bologna travels to Verona for the penultimate Serie A fixture in the 2020/21 season. Both sides are firmly in mid-table and mathematically can neither aim for Europe nor worry about relegation. All that is left to play for is a top-half finish to boost morale. Verona hasn’t won a game of football since the first week of April and has tasted defeat 5 times since then. Bologna hasn’t been much better themselves with just 1 win in April and May. They do, however, have 3 draws and 1 win from their last 6 games.

Serie A Table: Hellas Verona is in 10th place with Bologna in 11th.

• Ivan Juric’s side has no fresh injuries as loanee, Ronaldo Vieira, continues to remain side-lined.

• Federico Dimarco should be back in defence to replace Pawel Dawidowicz.
• Kevin Reugg should be dropped for this fixture as Darko Lazovic takes his place in midfield.
• The front three of Antonin Barak, Mattia Zaccagni and Nikola Kalinic should remain intact. 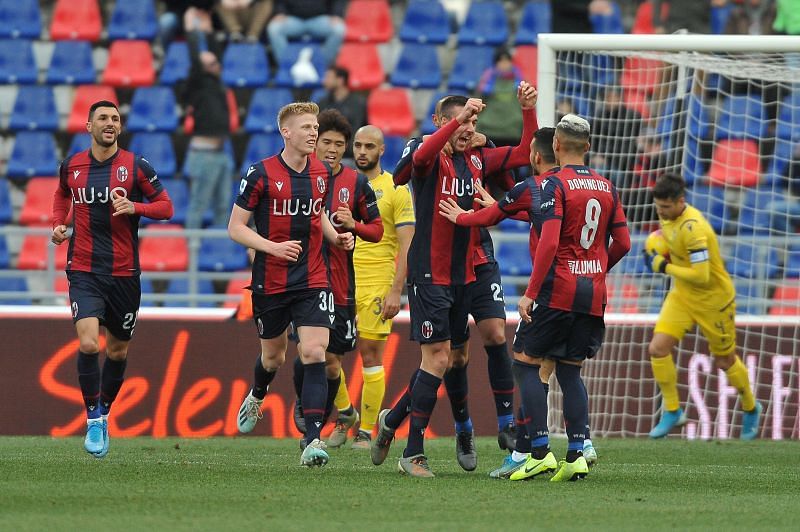 • Bologna doesn’t have any fresh injuries either as Aaron Hickey misses out in defence.
• Midfielders, Gary Medel and Nicolas Dominguez are out with muscular injuries and a knee injury respectively.
• Federico Santander will be unavailable through a knee injury as well.

• Valentin Antov is likely to replace Danilo in the centre-back position.
• Roberto Soriano will drop deeper and partner Jerdy Schouten in the midfield pivot.
• Emanuel Vignato re-enters the attacking midfield alongside Musa Barrow and Riccardo Orsolini.

Roberto Soriano – The Italian international has been great for Bologna this season. He has 9 goals and 6 assists in Serie A. Soriano has also completed 58 chances, attempted 19 shots on target and succeeded in 36 dribbles (65% completion rate). The versatile midfielder will be the biggest threat for Verona.

Antonin Barak – Barak has been involved in 10 goal contributions (7 goals and 3 assists for Hellas Verona in Serie A. He has created 28 chances, attempted 17 shots on target and succeeded in 26 dribbles (63% completion rate). He also managed to assist the equalizing goal in their recent fixture against Torino.