SA vs PAK Stats : South Africa will take on Pakistan in the second T20I match at The Wanderers in Johannesburg on Monday, 12 April. Pakistan lead 1-0 in the series after four wickets’ win in the first match and they will look to continue their winning run while the hosts will be eyeing to level the series.

Pakistan’s good form continued as they registered a record run chase against the hosts in the first match. Their batting especially from Mohammad Rizwan and from the likes of Fakhar Zaman, Faheem Ashraf and Hasan Ali was quite good and in bowling Hasan Ali continue his good form. And the likes of Babar Azam, Mohammad Hafeez, Haider Ali will be eager to come good in this match. On the other hand, host South Africa did well in the first match. Their batting contributed very well but bowlers need to be more clinical and the inexperience in pace bowling is hurting them and the likes of Andlie Phehlukwayo, Beuran Hendricks and Tabraiz Shamsi will have to step up to cover up other inexperienced bowlers.

South Africa vs Pakistan Statistical Preview of the Second T20I :

A list of all the major stats and records ahead of the Second T20I between South Africa and Pakistan in Johannesburg.

Head to Head in T20I Cricket : South Africa and Pakistan have played 18 T20I matches so far.

13 – South Africa have won 13 out of 22 T20I matches at The Wanderers in Johannesburg while Pakistan have 3 wins from 7 matches here.

35.60 –Shaheen Shah Afridi’s bowling average against South Africa in T20Is. He has taken only 5 wickets in 6 T20Is against them. 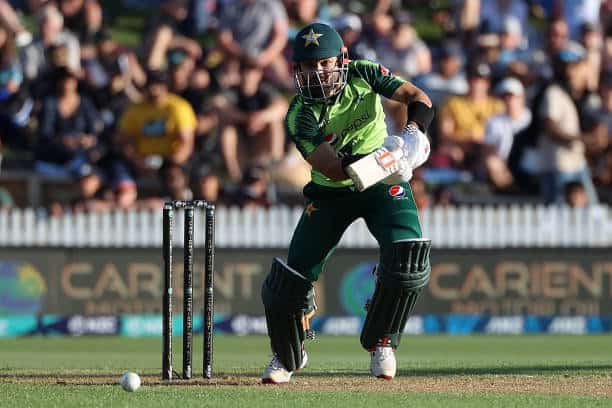 51 – Aiden Markram scored 51 runs in the first T20I match – it was his first ever fifty in this format.

63 – Babar Azam has scored only 63 runs at 15.75 in his last 4 T20I innings and all these innings have come against South Africa in this year.

300 – Mohammad Rizwan has scored 300 runs at 75.0 in just 7 innings against South Africa in T20Is with one hundred and two fifties.