KOL vs LEP Dream11: RB Leipzig travels to the Rhein Energie Stadium to take on Koln in the Bundesliga. Koln is 1 place above the bottom of the table while RB Leipzig is 1 place from the top. Bayern Munich’s 3-2 win over Wolfsburg means that Leipzig is 7 points off the top as Julian Nagelsmann’s side played out a disappointing draw to Hoffenheim. As for Koln, they haven’t won a game since the first week of February, spanning a run of games where they’ve lost 7 of their last 9 games and drawn 2. They were beaten comfortably against Bayer Leverkusen for their last fixture, on Saturday.

Bundesliga Table: Koln are in 17th place with RB Leipzig in 2nd place. 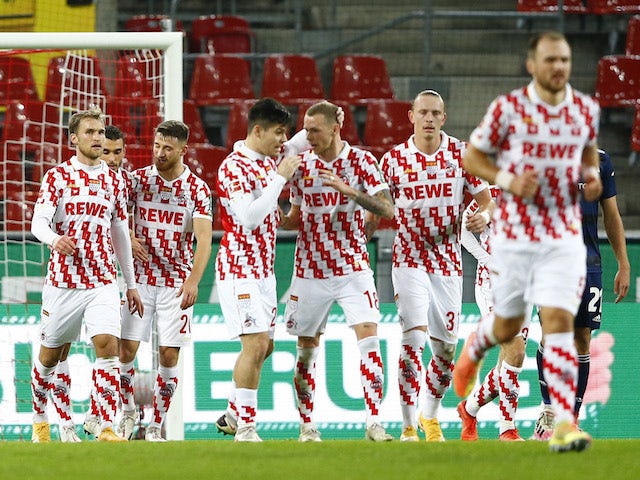 • Forwards, Ismail Jakobs and Sebastian Andersson, picked up injuries in the last week and will not be available for this fixture.
• Jan Thielmann continues to remain sidelined for this game with a muscular injury.

• Benno Schmitz should replace Kingsley Ehizibue in right back with the rest of the defence remaining unchanged.
• Dominick Drexler could get the start over Florian Kainz in left-wing as Emmanuel Dennis makes way for Ondrej Duda upfront.
• Friedhelm Funkel’s side should continue to line up in a 4-2-3-1 formation.

• RB Leipzig have no fresh injuries as Justin Kluivert joins Konrad Laimer and the new signing, Dominik Szoboszlai, all continue to miss out.

• Ibrahima Konate could be given a rest in defence as Marcel Halstenberg given the nod.
• Angelino and Marcel Sabitzer should make way for Kevin Kampl and Amadou Haidara in the midfield 4.
• The front 3 should remain the same but Alexander Sorloth could be given a chance ahead of Emil Forsberg.

Christopher Nkunku – The Frenchman has 11 goal contributions (6 goals and 5 assists) in 16 starts so far. Nkunku has created 63 chances, with 23 shots on target and succeeded in 28 dribbles at a 60% completion rate. He has also whipped in 37 accurate crosses and bagged the assist for the second goal against Werder Bremen.

Dani Olmo – With 4 goals and 8 assists, Olmo has been very impressive for Leipzig this season. He has created 46 chances so far, with 29 successful dribbles at a 51% completion rate. He also scored the opening goal against Werder Bremen and will be very important with respect to scoring and creating goals.

Ondrej Duda – Ondrej Duda can be a surprise package who can punish RB Leipzig if not marked well. The Slovakian international has created 38 chances, 35 of them ended up being a shot on target. Duda has 8 goal contributions so far (5 goals and 3 assists) which means that he has been involved in 30% of Koln’s total league goals. He has succeeded in an impressive 72% of his attempted dribbles and has completed 38 of them. Duda has whipped in 32 crosses as well which could be key in threatening the Leipzig box and given his goal in Koln’s last outing, he will be one to watch out for.

Leipzig is the clear favourites to win this the KOL vs LEP Today Match Prediction as they have been one of the best teams in the league so far. They are 7 points from league leaders, Bayern Munich and with just 5 more games to go, they will need all the wins that they can get. On the flip side of the table, a win in this game can be huge in deciding the fate of the relegation zone and Koln must’ve watched Leipzig’s draw to Hoffenheim with a lot of interest. They know they can get a result with disciplined football and will be desperate to continue in the top flight of Germany.