Bangladesh vs Sri Lanka Dream11 Prediction, Fantasy Cricket Tips, Playing XI, Pitch Report, Dream11 Team, and Injury Update of 3rd ODI match. Bangladesh has already won the series without any sweat, they have an invincible lead of 2-0 in the three-match series, their only motivation in the last match would be to sweep their budding rivals. Sri Lanka, on the contrary, would do every possible thing to salvage a win at alien conditions and with an inexperienced bunch of players.

The 3rd match of the ODI series between Sri Lanka and Bangladesh will be played on 28th May at Shere Bangla National Stadium, Mirpur.

The game is scheduled to begin at 12:30 PM IST and can be viewed live on FanCode in India while the live scores and updates can be tracked on the Cricknewz.com website.

Like Game 1, Bangladesh batted first and posted a competitive target of 243 with the help of 125 runs from the experienced wicketkeeper-batsman Mushfiqur Rahim, he was their highest scorer in the first game as well.

When Sri Lanka came out to bat, they showed positive intent and scored some quick runs at the top but one shot too many from the skipper Kusal Perera led to their downfall. Pathum Nissanka player a few eye-pleasing strokes but could not continue more than 20 runs. Sri Lanka kept losing wickets at regular intervals and eventually finished at 141 runs for the loss of 9 wickets after 40 overs.

The responsibilities of saving some pride and securing a win will be on experienced Sri Lankan players like Kusal Perera and Kusal Mendis. Their spinners will have to restrict the runs and take wickets at regular intervals.

The weather forecast for this match expects a light rain just like Game 2. We may even see a few rain delays followed by a shortened game.

The pitch at Shere Bangla National stadium is generally a bowling-friendly wicket that assists spinners and this is exactly what we saw in the first two ODIs. Nearly all batsmen, except Mushfiqur Rahim, struggled on this wicket and since this will be a 2-match old pitch, spinners will be more dominant than ever.

50% of the matches have been won while batting first here in recent 5 matches.

Mushfiqur Rahim has already scored 200 runs in the series, he smashed a century in the 2nd ODI, after a blistering 84-run innings in the first match. He is the safest pick from the batting department for captaincy in the small leagues.

Mahedy Hassan Miraz has been the player to watch out for in this series, he has 7 wickets in just 2 matches. After a 4-wicket haul in the first match, he once again took 3 wickets in the 2nd ODI.

Shakib-al-Hasan is yet to perform at his top potential, yet he has been featuring in the Dream team regularly, he is bowling his complete quota of overs and is batting in the top-order, he will be another reasonable pick for captaincy.

Dhanushka Gunathilaka bats in the top-order and is an off-spinner, he will be used against the 2 left-handed batters in the top-order of the Bangladeshi batting lineup. He scored 24 runs in the 2nd ODI and took 1 wicket in the first match.

Wanindu Hasaranga, the leg-spinning all-rounder, was the highest scorer in the first game and took a crucial wicket with a great economy rate in the 2nd match. He will be a differential captain in the grand leagues.

Suggested Playing XI No.1 for BAN vs SL Dream11 Team: 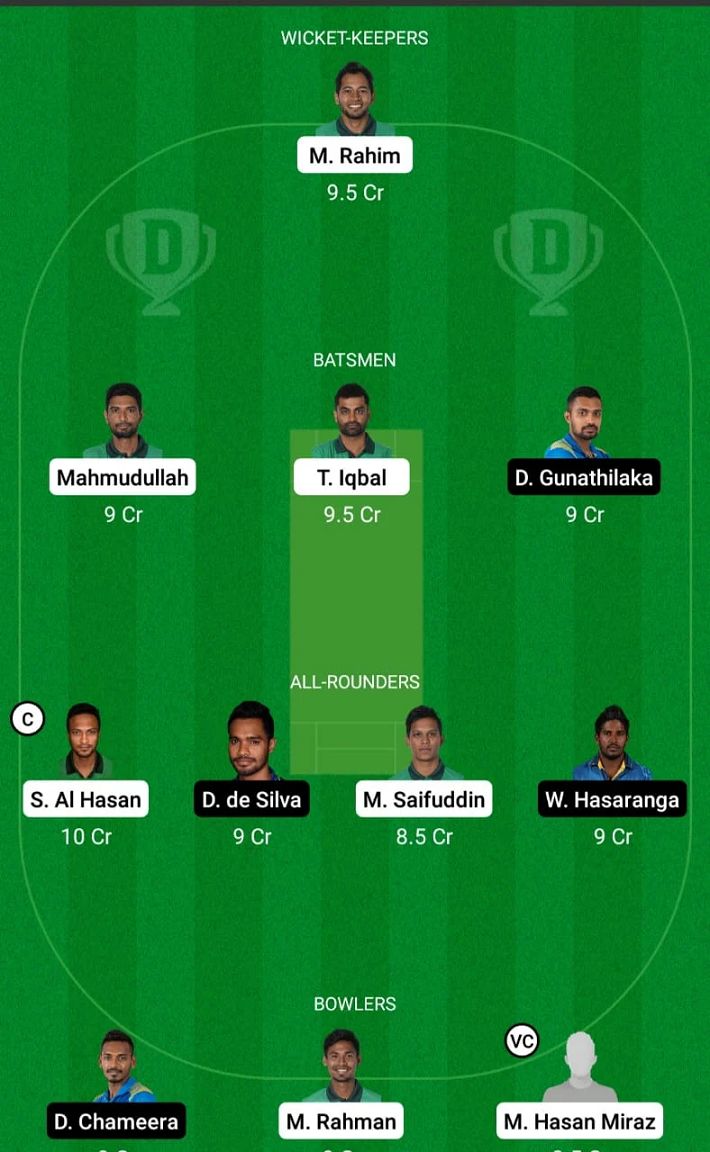 Suggested Playing XI No.2 for BAN vs SL Dream11 Team: 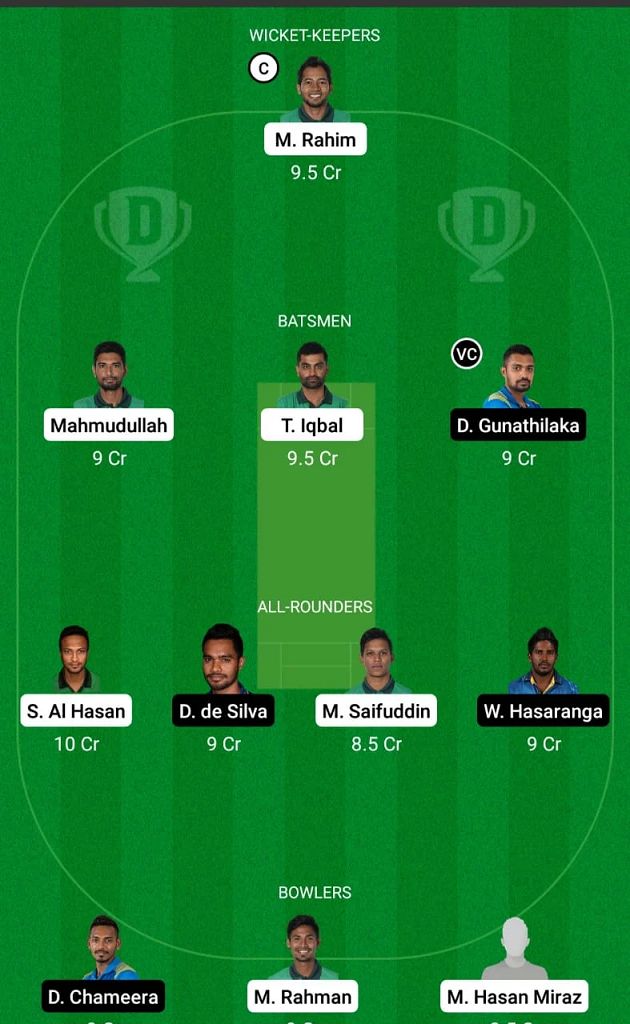 The advice remains the same, prefer picking more spinners and death over bowlers and also prefer adding players that can contribute to multiple aspects of the game. Don’t expect many players to score centuries on a pitch like this so prepare your teams accordingly.

We expect Bangladesh to win this match and series by 3-0 at their home ground.