Former Australian spinner Brad Hogg has lauded the Indian team for registering back to back series victories in Australia. Australia suffered a seven-wicket loss and lost their second consecutive home Test series against India after losing at the Gabba for the first time in 32 years. Brad Hogg underlined that the tourists beat Tim Paine’s men mentally.

Led by Virat Kohli, India lost the first Test convincingly by eight wickets but won the second Test, drew the third, and won the fourth one. The visitors registered an emphatic three-wicket win on the final day of the fourth game by chasing more than 320 as Shubman Gill, Cheteshwar Pujara, and Rishabh Pant made half-centuries of the highest quality. 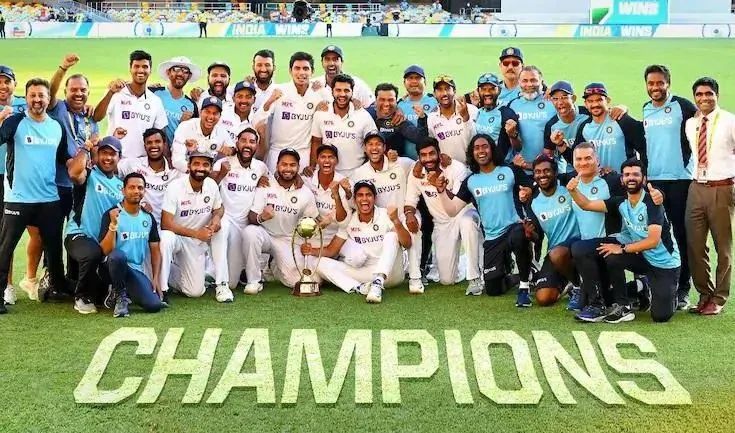 Brad Hogg believes that India beat Australia mentally as the fifth-day wickets had not deteriorated as the hosts had expected. The Western Australian felt that even though Mitchell Starc was getting the ball to reverse, he bowled short as India had a tactical change of plan.

“For me, India beat Australia down mentally. Australia thought they might snatch a win in the 3rd Test but it didn’t happen. We usually see wickets are falling on the 5th day of any Test match in Sydney but it didn’t fall in the 3rd Test and after lunch, they changed the game plan. Australian seamers, especially Mitchell Starc was getting the reverse swing in the later stage but he was mostly bowling in the short region because of the Indian tactical change of plan. There’s why they lost mentally,” Hogg told Times Now.

I don’t think Australia deserved to be in the ICC World Test Championship final: Brad Hogg

Brad Hogg pointed out that Australia became over-confident in Brisbane and let India back in the game, lauding the tourists for dominating across departments. The 50-year feels that Australia does not deserve to be in the ICC World Test Championship final even though he would have liked them to be there.

“In Gabba, Australians were over-confident and let the opposition into the contest. Full credit to India as they dominated the game in all departments. In India’s last tour, Australia was missing David Warner and Steve Smith but now there’s no excuse. I don’t think we (Australian cricket team) deserved to be in the ICC World Test Championship final although I would have loved Australia to be in there. I think whenever you get a win away from home, it should be obliged more,” he added.