The ICC World Test Championship [WTC] finally came to an end with New Zealand ending their 21-year-long drought of an elusive world title.

In bright sunshine at the Hampshire Bowl in Southampton, captain Kane Williamson and his teammates lifted the Test Mace to etch their names in history forever.

New Zealand are the new undisputed Test Champions of the world following their imperious, commanding eight-wicket-win over Virat Kohli’s Team India in the summit clash of the inaugural World Test Championship.

Not even rain, bad light and two days of washout could prevent a rampant BlackCaps unit to win their first ICC title in 21 years as they successfully exorcised the demons of past heartbreaks, most notably of the 2019 World Cup final. 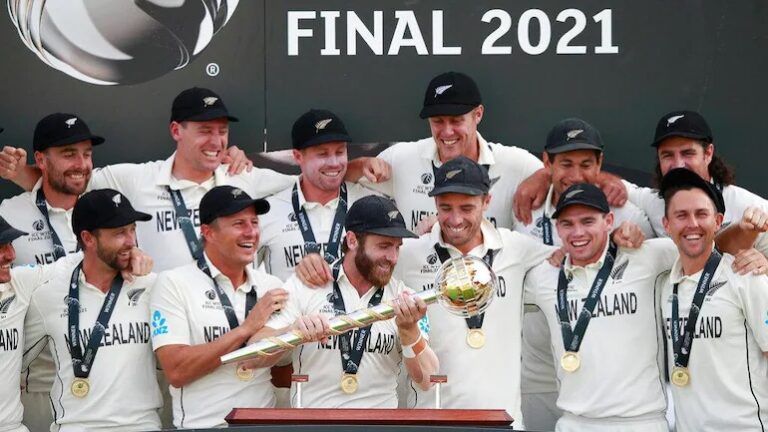 The pace attack executed the plans to near perfection, the fielders barring a couple of hiccups hardly dropped anything while their batting was more accustomed to grind out tough conditions.

As a result, New Zealand haven’t only taken home the Test Mace, they have also been awarded the cash prize of $1.6 million by the ICC for winning the inaugural World Test Championship

As far as Team India is concerned,  they, unfortunately, ended up as the runners-up despite having dominated the WTC cycle, and hence they took home a total of $800,000.