Chris Gayle Clean Bowled: The Punjab Kings (PBKS) are currently facing the Delhi Capitals (DC) in the first reverse-fixture of the Indian Premier League (IPL) 2021 season at the Narendra Modi Stadium in Ahmedabad. The Delhi Capitals registered a comfortable win in the first face-off between these two teams earlier in this tournament. Also, Punjab Kings are playing without their in-form skipper KL Rahul who has been hospitalised with acute appendicitis. 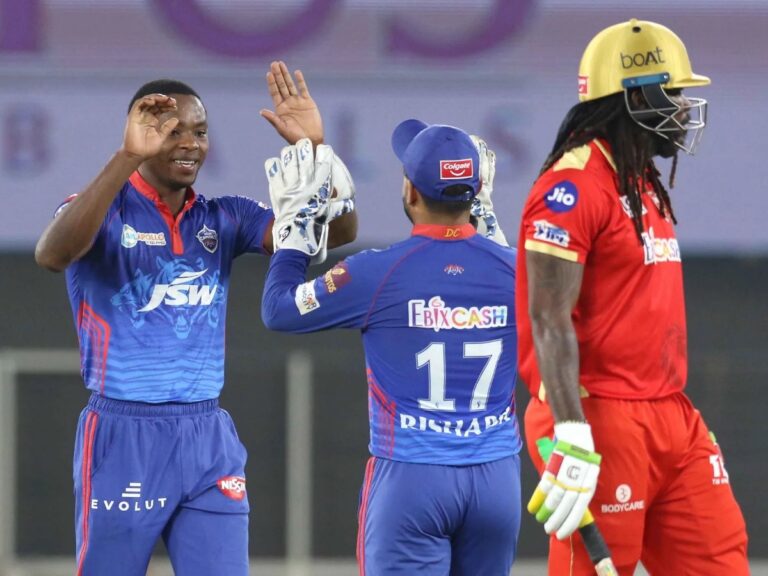 Actually, the Punjab Kings captain KL Rahul complained of serious abdomen pain on the Saturday night and was rushed to the emergency room for further tests after not responding to the medication. It was then confirmed after further inspection that it was a clear case of acute appendicitis and Rahul will be undergoing a surgery for the same. It is now very much likely that the Punjab Kings in-form batter who has scored a total of 331 runs in 7 matches which includes 4 fifties this season might well be ruled out for the remainder of the tournament. It is also to be noted that upon recovery from the surgical procedure, Rahul will have to serve a mandatory quarantine term as well before entering the Punjab Kings bio-bubble.