Robinson returned with the figures of 5/65 in the second innings as India lost their 8 wickets for just 63 runs.

Will India bat for a whole day? Will Virat Kohli and Cheteshwar Pujara score centuries and do the unthinkable? Will this be another of those famous comebacks from team India? All these questions had positive answers before start of play at Headingley on Saturday. But the Indian fans’ weekend got ruined in the first hour’s play itself with Ollie Robinson bowling superbly and picking up a five-wicket haul.

The day started with India at 215/2 and lost Pujara at the same score as the batsman misjudged the length of the ball and shouldered his arms only to be dismissed lbw. Another overnight unbeaten batsman Kohli followed him soon but not before scoring a half-century. However, India needed more from him while Ajinkya Rahane’s woes against the new ball continued.

Suddenly, within the first hour, India’s three, four and five was back in the hut and the glimmer of hope rested with Rishabh Pant and Ravindra Jadeja.

No fight from India’s lower-order

Pant, however, looked all at sea walking down the wicket to the swinging ball and eventually edged one to the slips. Ollie Robinson and Anderson bowled superbly right through the first 75 minutes of play and literally ended the contest in the game. Before Ravindra Jadeja could think anything, Robinson had dismissed Ishant Sharma as well to complete a sensational five-for while Mohammed Shami was castled by Moeen Ali,

It was so astonishing to see the collapse, not for the first time in this series for India. Jadeja had no other option but to farm the strike and he entertained the crowd scoring quickfire 30 from 25 ball. However, he also had his name written on one of the deliveries as India were bundled out for 278 runs. They had lost their eight wickets in the morning for just 63 runs and in 19.3 overs.

Robinson turned out to the be wrecker-in-chief with the magical figures of 5/65 and it all unraveled so quickly on the fourth morning as England leveled the series with a brilliant win by an innings and 76 runs. It all comes down to India’s dismal effort with the bat in the first innings after winning the toss. But with 215/2 in the morning, they would’ve expected to score much more runs. But it wasn’t to be and their frailties against the new ball were once again exposed. 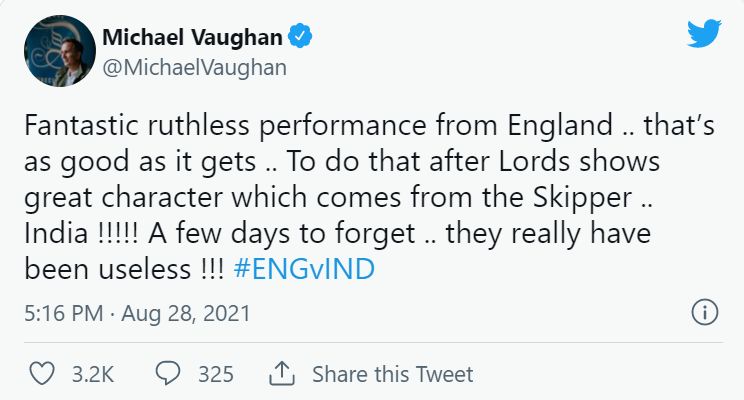 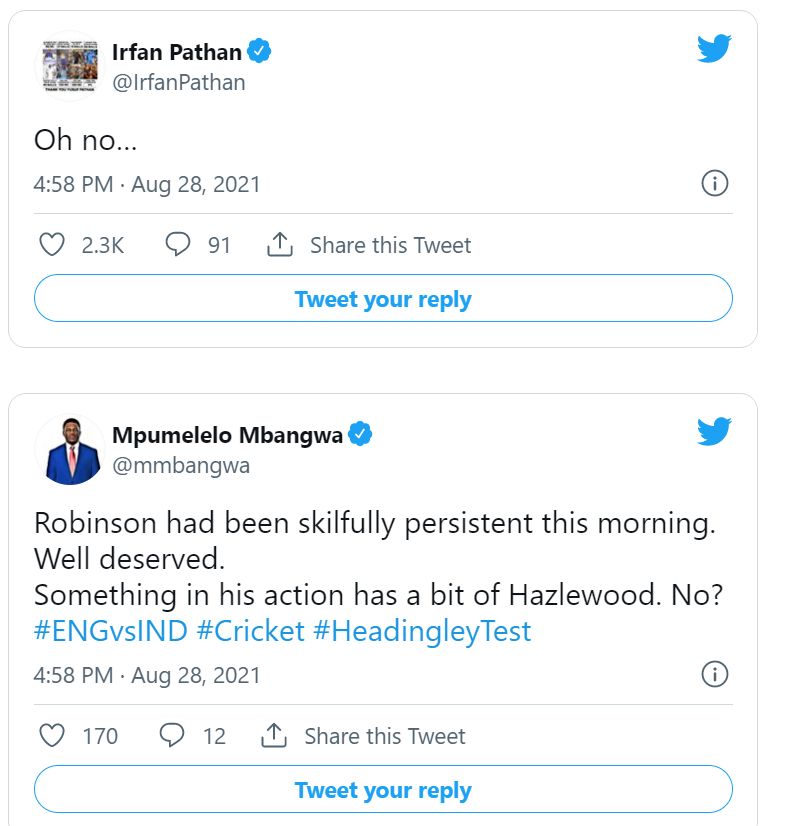