RR vs PBKS IPL Stats : Punjab Kings defeated Rajasthan Royals in a high scoring thriller at Wankhede Stadium in Mumbai and kicked off their IPL 2021 campaign on a winning note.

Earlier Rajasthan Royals won the toss and chose to bowl first. Debutant Chetan Sakaria gave them a good start by removing Mayank Agarwal cheaply. KL Rahul and Chris Gayle added 67 runs for the second wicket and set the platform for a big score and after that KL Rahul and Deepak Hooda changed their gears and hit big shots for fun. KL Rahul’s 91 runs and Deepak Hooda’s 64 runs off 28 balls helped Punjab Kings to post a big score of 221/6 on the board.
In reply Rajasthan Royals had a very poor start as they lost Ben Stokes for a duck and then Manan Vohra also got out. Sanju Samson and Jos Buttler counter attacked but Buttler got out off a good ball of Jhye Richardson. Captain Sanju Samson kept smashing Punjab bowlers from the other end and got some support from Shivam Dube and Riyan Parag and brought up his hundred and took the match to last over when Royals needed 13 runs in the last over but youngster Arshdeep Singh bowled a nice over and helped his team to register a good four runs win. 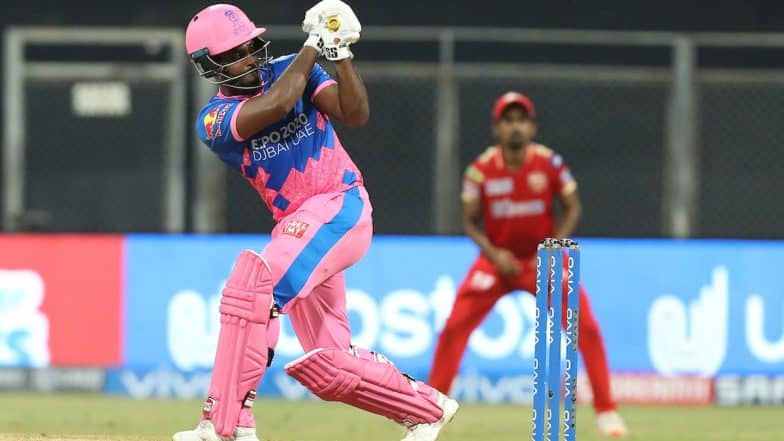 119 – Sanju Samson’s 119 is the highest ever score by a batsman on his captaincy debut in the IPL.

2000 – Sanju Samson when on 93, also became the third batsman to score 2000 or more runs for Rajasthan Royals in the IPL.