After having quite an ordinary record during the Pakistan leg of the PSL 2021, Multan Sultans have turned around their fortunes in the United Arab Emirates. They started the June leg with one win from five matches, and find themselves now at a place where qualification to the next round is near to confirmed.

After these three wins, Multan Sultans are placed at the fourth position in the points table, just below Lahore Qalandars. In their last match, they beat Quetta Gladiators by a record margin of 110 runs. That win has also ensured that they have a net run rate of +0.836, which is better than most of the sides.

On the other hand, we have Lahore Qalandars, who have been feeling the Abu Dhabi heat in their last two matches. From being well-placed at one point, Lahore finds themselves under a bit of pressure after losing their matches against Islamabad United and Quetta Gladiators.

Playing combination for MUL vs LAH

Multan Sultans will be extremely happy with the line-up which they have played so far. Mohammad Rizwan’s runs have been crucial at the top but it finally seems that his team is coming together to support him. In the last match, when he failed to get a substantial score, they had Shan Masood stepping up, which was a good sign for Multan.

With the addition of Blessing Muzarabani, the dynamics of their bowling have also changed for the good. Shahnawaz Dhani has been exceptional with the ball and so has been the veteran Imran Tahir. They should opt for an unchanged XI going into this match.

Lahore Qalandars do have a good set of players in their squad at this point, and their two losses might have unsettled a few nerves in the team. However, the fact that they have won five out of their eight matches might just be a huge boost for their confidence.

They should stick to their XI from the last match, without panicking too much. Having said that, it will be crucial for Lahore’s senior players like Mohammad Hafeez and Fakhar Zaman to step up a bit more and carry their team to a win, which will be enough to secure a top-four position. 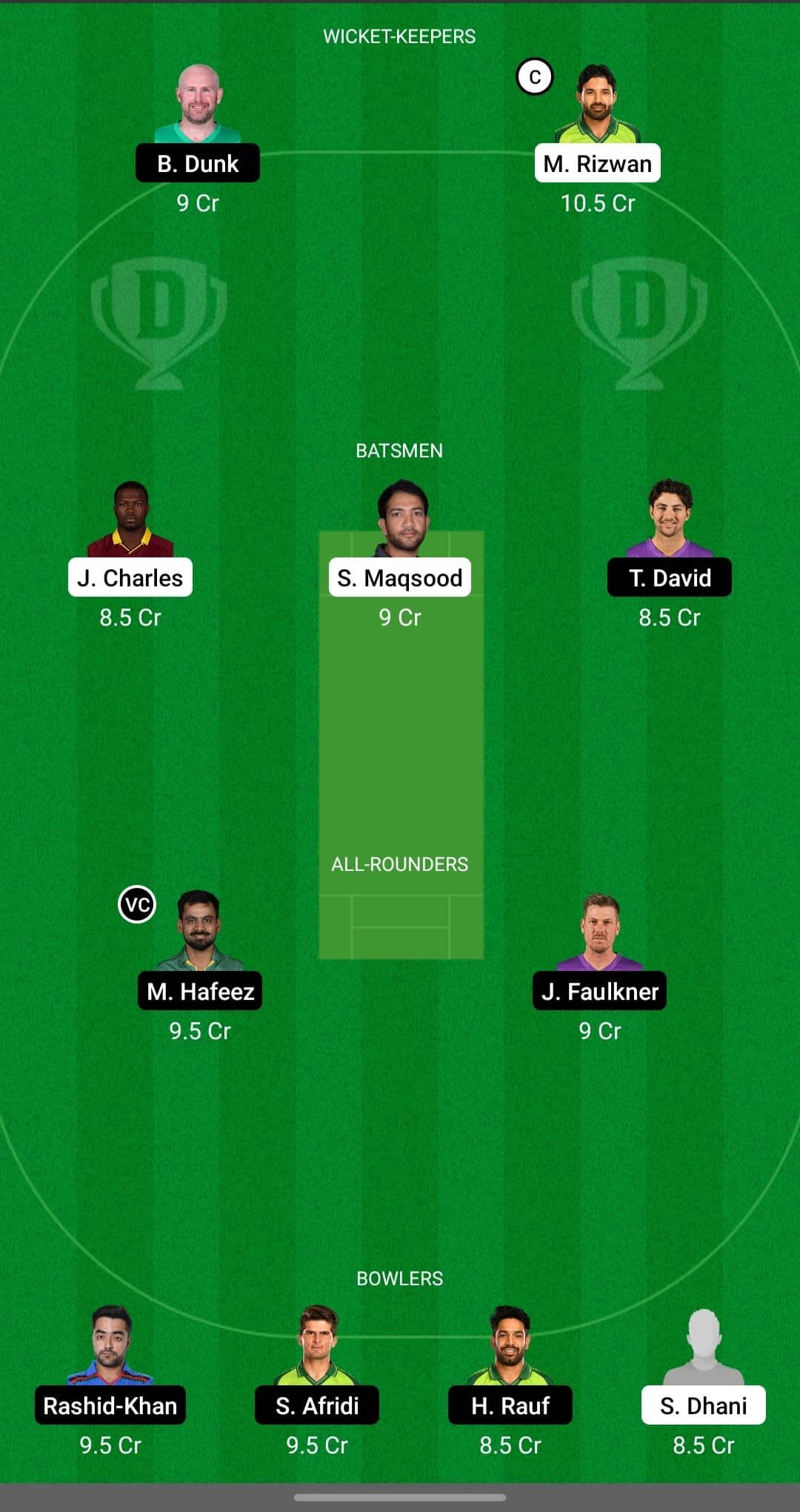