The ICC World Test Championship final between India and New Zealand will see one of the two teams be crowned as the best Test team in the world, Test cricket has been played for over 100 years with different teams dominating in the Test format over a while. However, their efforts were not praised and thus the World Test Championship is an effort to recognize their efforts.

Meanwhile, a lot has been said and written about the pitch in Southampton. Commentator Isha Guha shared a picture of a greenish Southampton wicket to show the state of the pitch before the game. However, Southampton head groundsman Simon Lee spoke to ESPN Cricinfo earlier this week on the kind of wicket which will be prepared for the final. He said that the pitch will have pace, bounce, and carry which will play true to its nature. 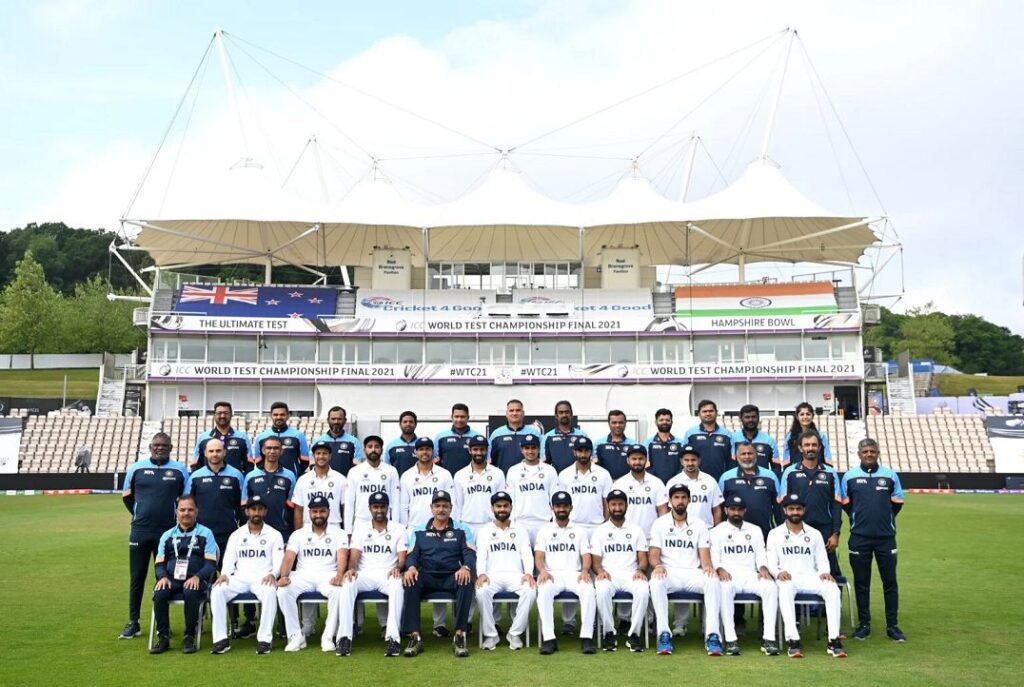 As said by Southampton groundsman Simon Lee, the pitch will have pace bounce and carry at the Rose Bowl. There will also be a swing on offer which should keep the pacers from both sides interested.

Keeping enough spin options in the XI will be something to think about for both the teams given the preview of the wicket. While India would like to play both Ashwin and Jadeja, Ajaz Patel is the only spinning option on the Kiwi side for the final.

Rain is expected to play a spoilsport in the contest. All 5 days are expected to have some rain and a wet outfield with a lot of moisture in the environment expected, several rain delays can occur and the temperature will be around 21-25°C. If it rains, the Test match might get dragged into the reserve day.