History speaks for the Gladiators, who are the current cellar dwellers of PSL 2021.

Islamabad United had a torrid time in their first game after the resumption of the 2021 PSL. The Shadab Khan-led unit lost by five wickets at the hands of Sohail Akhtar’s Lahore Qalandars, the current table toppers.

Though their bowlers did a decent job, their batters let the team down big time. The United are next set to face the Quetta Gladiators, who are languishing at the bottom of the points table.

However, Andre Russell’s inclusion means that the Gladiators have every chance of climbing the ladder at the table. Sarfaraz Ahmed’s men can’t afford a defeat by any means.

The pitch in Abu Dhabi turned out to be a tad slow in Wednesday’s game. Shot-making was tough and the spinners were hard to negotiate. Rotating the strike and then going for the big shots should be the way forward.

The track has also favoured the team batting second. The temperature during match time will be around 34 degrees Celsius with the humidity mostly in the 50s.

Playing combination for ISL vs QUE

Faf du Plessis played three games in the first leg of PSL 2021 and managed 71 runs with a top score of 37. He’s likely to bat at number three with Usman Khan and Saim Ayub being the probable opening batters.

Faf has a truckload of experience under his belt and he was in impressive touch even in the 2021 IPL. A lot will depend on him if the Gladiators have to do well.

Probable best bowler of the match

Hasan Ali is currently the leading wicket-taker for the United in the 2021 PSL. With eight wickets, the speedster is sitting pretty at the top. Moreover, he is also their most frugal bowler with an economy rate of 5.80.

In the previous match, the fast bowler picked up the crucial wickets of Mohammad Hafeez and Ben Dunk and conceded 27 runs to go with 14 dot balls. 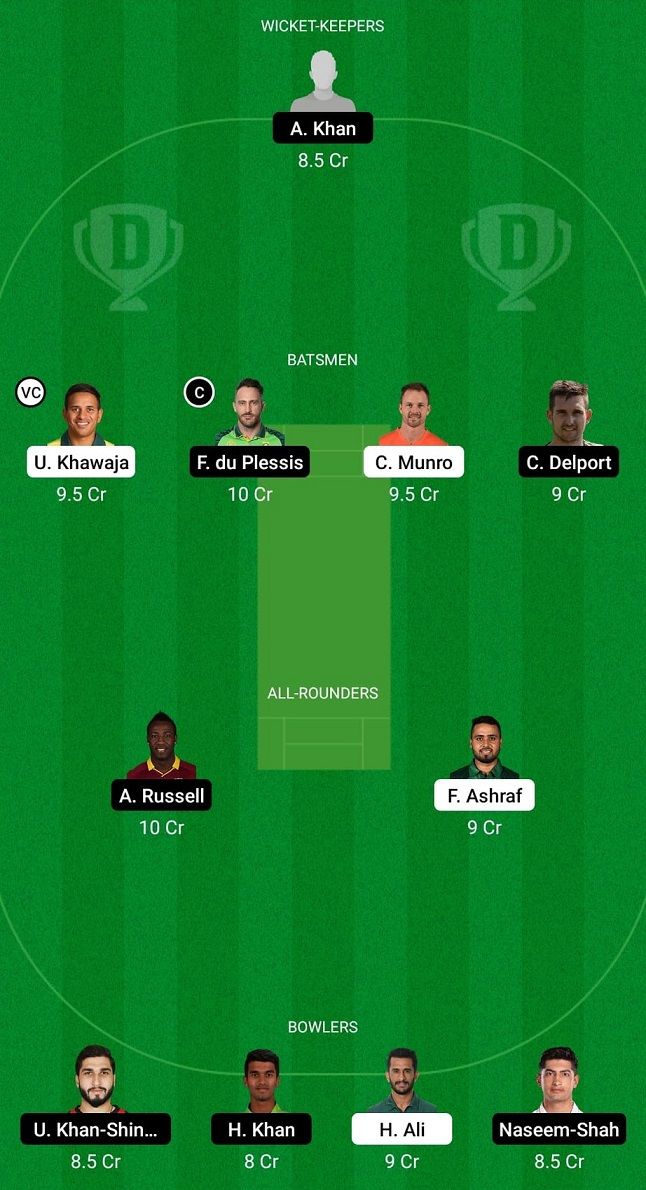 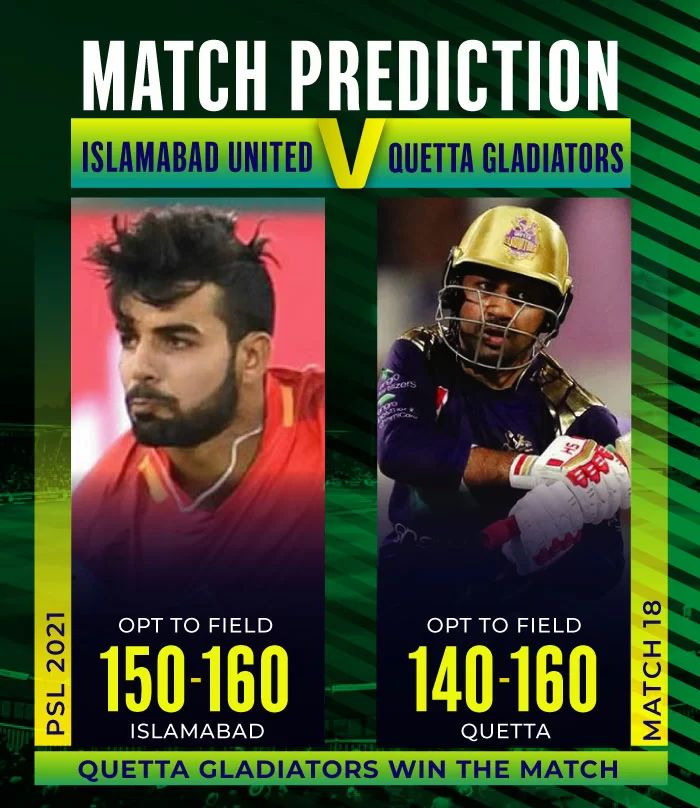