Karachi Kings are expected to win the match.

The 16th match will see the Multan Sultans and Karachi Kings resuming their PSL campaign in the second leg. The Kings are the table toppers with three wins and two losses so far. They have the likes of Babar Azam, Martin Guptill, Sharjeel Khan in their squad and are looking the strongest side.

The Sultans, on the other hand, have struggled having won only one out of their five matches. Mohammad Rizwan’s brilliance with the bat hasn’t helped the team at all. They are at the fifth place in the points table with only two points to their name.

It’s a sluggish surface and the batsmen will have to attack the new ball before the pitch turns slow. Anything over 150-160 is a good score at this venue.

Babar Azam is undoubtedly the best player for Karachi. He has scored 258 runs in five matches of the league so far and can be crucial again for them.

Mohammad Rizwan is the leading run-scorer thus far. He has mustered 267 runs in five matches and will have to continue his good run for his team to recover from a poor start.

Imad Wasim is the best pick to have in the team from the all-rounder’s category. His tight lines keep the opponent quite which leads to him picking wickets and being economical as well. 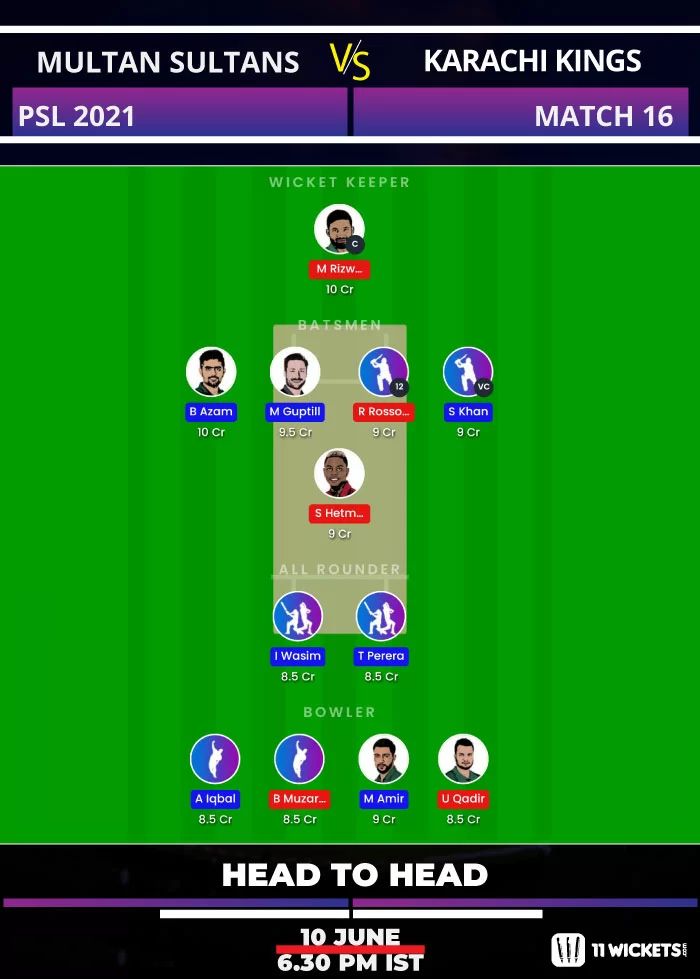 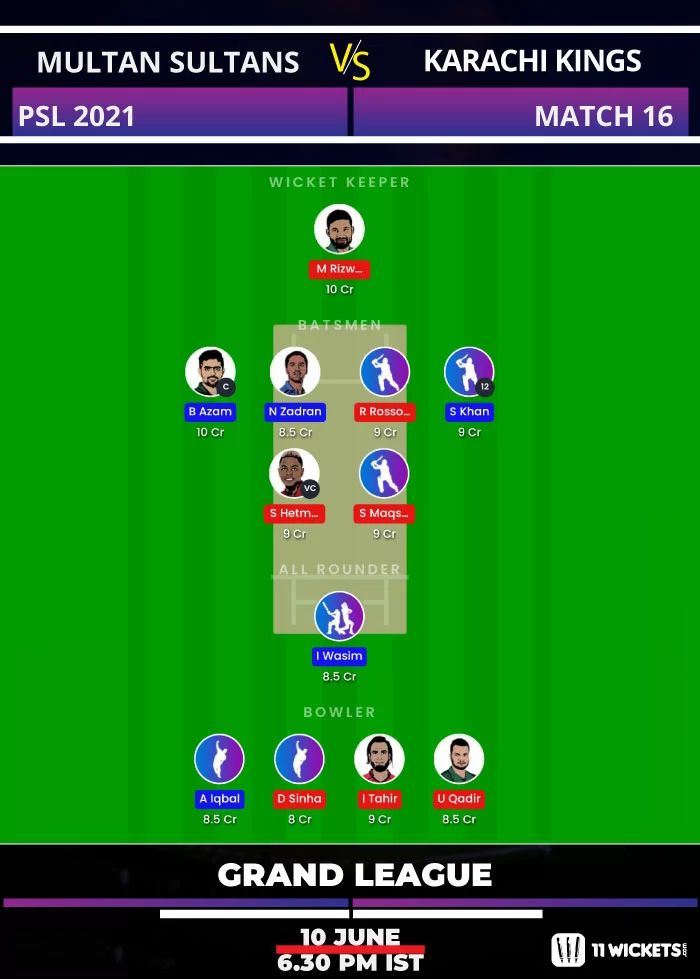