Nasser Hussain Statement after IPL Suspension: After multiple Covid-19 cases reported in more than one franchises camp, the Board of Control for Cricket in India (BCCI) decided to suspend the Indian Premier League (IPL) indefinitely. It was due to the likes of Varun Chakravarthy and Sandeep Warrier from Kolkata Knight Riders (KKR), Wriddhiman Saha from Sunrisers Hyderabad (SRH), Amit Mishra from Delhi Capitals (DC) and a couple of Chennai Super Kings (CSK) non-playing members testing positive for the virus which led to the postponement of the tournament.

Former England cricketer Nasser Hussain has stated that the BCCI was clearly left with no other solution than to call off the IPL 2021 season. Hussain noted that the players would have surely seen several people on their TV sets pleading for oxygen and even those unused ambulances waiting outside the cricket grounds. The former England captain reckoned that the players would have felt a lot uncomfortable to stay in this challenging environment. 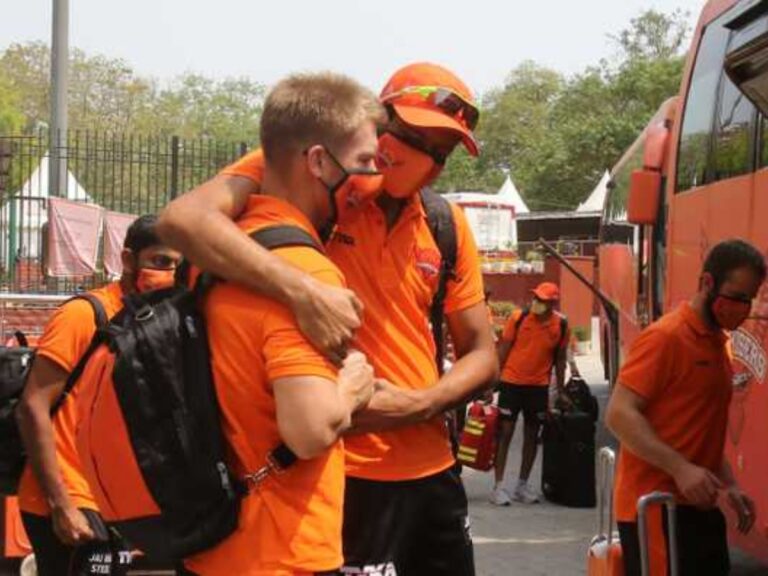 “There was no option other than to call off the Indian Premier League. Not after the bio-secure bubbles had been breached in so many places. Enough was enough. This has become far bigger than a game of cricket. The players are not stupid nor insensitive. They would have been fully aware of what has been going on in India,” wrote Nasser Hussain in his column for Daily Mail.

Related: How was the IPL Bio-Bubble BREACHED? Check Complete Details

Nasser Hussain further went on to say that it clearly the BCCI’s mistake to organise the IPL in India after having scheduled the tournament brilliantly well in the UAE  just a few months back. The English batsman said that India is currently suffering badly due to the massive second wave of Covid-19 and the BCCI still went ahead to organise the IPL in more than one state.

“It has been unedifying at times watching this tournament when people are dying just up the road from there. I won’t criticize the players, but it had to be called off. The mistake was made in having the tournament in India in the first place. Six months ago, they held an IPL in the United Arab Emirates and it went brilliantly.

Covid rates were low and no bubbles were compromised. They could have returned there. Yes, it is easy to say that with hindsight. And India clearly did feel they were through the worst of the virus when they decided to stage this year’s competition,” concluded Nasser Hussain.

WHAT! BOOKIE Working as Cleaner in IPL? Check Complete Details

WHAT! BOOKIE Working as Cleaner in IPL? Check Complete Details