Earlier Delhi Capitals won the toss and opted to field first. Avesh Khan and Ishant Sharma gave them a good start as they dismissed Virat Kohli and Devdutt Padikkal cheaply and 30/2 Bangalore was in trouble. Glenn Maxwell played couple of good shots but he too fell of Amit Mishra bowling. AB de Villiers joined Rajat Patidar and both took score to over 100 runs. Patidar got out for 31 runs. In the end AB de Villiers took the charge in his hand and smashed the likes of Kagiso Rabada and Marcus Stoinis for fun and his 75* runs off 42 balls knock helped Bangalore to post a good total of 171/5 on the board.
In reply Delhi Capitals too didn’t have a good start as inform Shikhar Dhawan and Steve Smith got out cheaply. Rishabh Pant and Prithvi Shaw tried to rebuild the innings but Shaw got out off Harshal Patel bowling. Marcus Stoinis and Pant took score to over 90 runs but again Stoinis got out without converting his start. In the end Shimron Hetmyer changed the gears and his quick fifty brought Delhi back in the game and resultant they needed 15 runs in the last over of Siraj and 10 on last 2 balls but Pant could hit only two fours and thus Delhi lost the match by 1 run.

5000 – AB de Villiers when on 22, became the second overseas batsman after David Warner to score 5000 runs in IPL. Overall he is the sixth batsman to achieve this milestone.

3288 – Number of balls AB de Villiers took to reach 5000 runs in IPL – the fastest to reach this milestone in terms of balls.

200 – This was 200th IPL match for Delhi Capitals. They became the 3rd team after Mumbai Indians and Royal Challengers Bangalore to achieve this milestone.

1 – Run’s win is the third 1 run win for Royal Challengers Bangalore in the IPL. 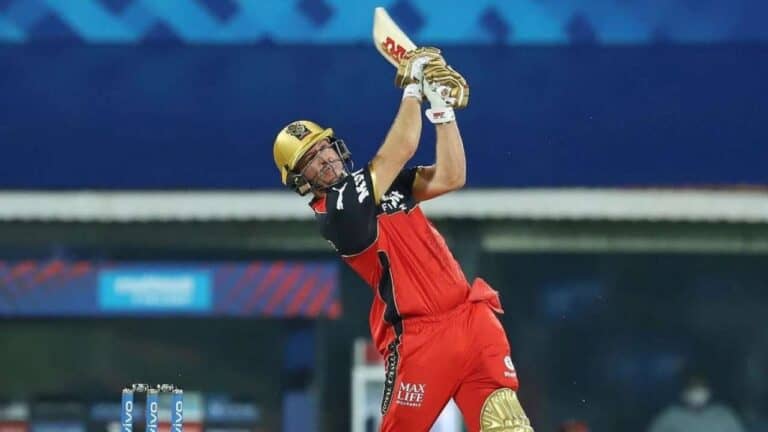 Most Runs, Most Wickets, Points Table after Today’s Match :

A list of most runs, most wickets and points table after today’s match (DC vs RCB) in IPL 2021.