Ben Stokes IPL : Though the 14th edition of the Indian Premier League (IPL) was announced the indefinite suspension on May 4, updates regarding players’ fitness and cricketers’ participation in the remainder of the tournament continue to flow in. Despite players’ fitness reports are primarily related to Covid 19 which had inflicted some of the players, concerns pertaining to players’ physical injuries are also stark.

Recently, the fitness update of Rajasthan Royals key all-rounder Ben Stokes has captured the headlines. The lanky all-rounder who missed the tournament after suffering an index finger injury in the first RR game of IPL 2021, opened up concerning his participation in cricketing commitments that are scheduled ahead.

Also read: How much IPL salary overseas stars would get if tournament gets cancelled? 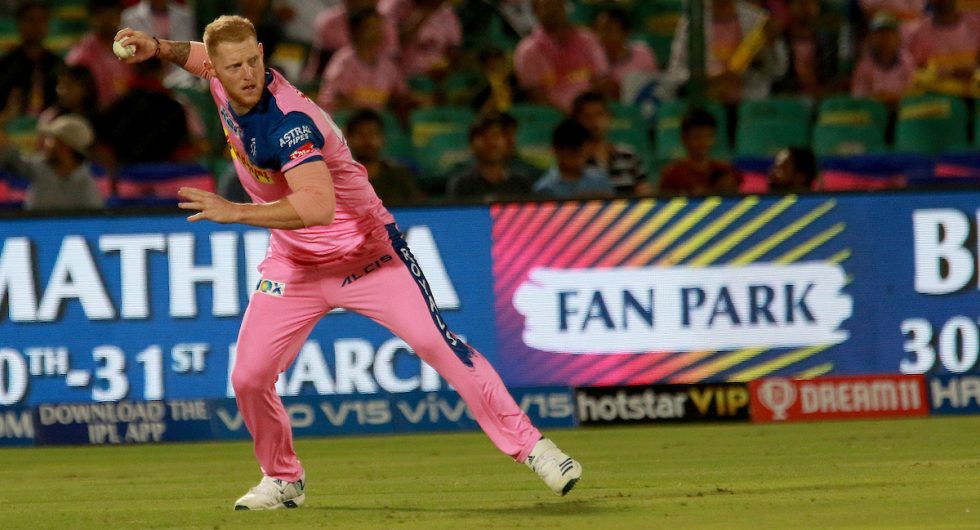 In his recent column for ‘Daily Mirror,’ the star England player is hopeful of making a comeback to cricket in eight-nine weeks, once he attains his optimum fitness level. The 29-year-old hinted of his participation in the remainder of IPL 2021 as unsure because of England’s busy international cricketing calendar.

Stokes reckoned, “We don’t know if or when the tournament (IPL 2021) will be rearranged but as the ECB have said it could be difficult for the England boys to have a free gap.”

Will Stokes feature for the Pink brigade in further IPL editions?

Even though Stokes didn’t feature in the pink jersey due to his finger injury, he expressed his disappointment in leaving the franchisee so early during the tournament. With mega IPL auctions slated for the next edition of the IPL, the selectors will have a tough time scratching their heads to grab the best pick.

Also, with the pre-requisite constraint of mega auctions mentioning that franchises have to retain a maximum of only three capped players, it would be to be interesting to see the Royals pick among Sanju Samson, Jos Buttler Jofra Archer and Ben Stokes.

Stokes, however, has been featuring in the RR jersey since IPL 2018 where he was bought by the franchisee for INR 12.5 crores during the auction.