GEF vs RM Dream11: Getafe welcomes the reigning champions to the Coliseum Alfonso Perez for a La Liga fixture. The home side is just 4 points off the relegation zone and will look to put as much distance between them and the rest of the sides. However, they have not won a game since February and go into this game on the back of a 1-0 loss to Cadiz. Real Madrid is back in the La Liga title race with an impressive 2-1 win against Barcelona and advanced to the semi-finals of the Champions League, given them the perfect mindset going into this game. 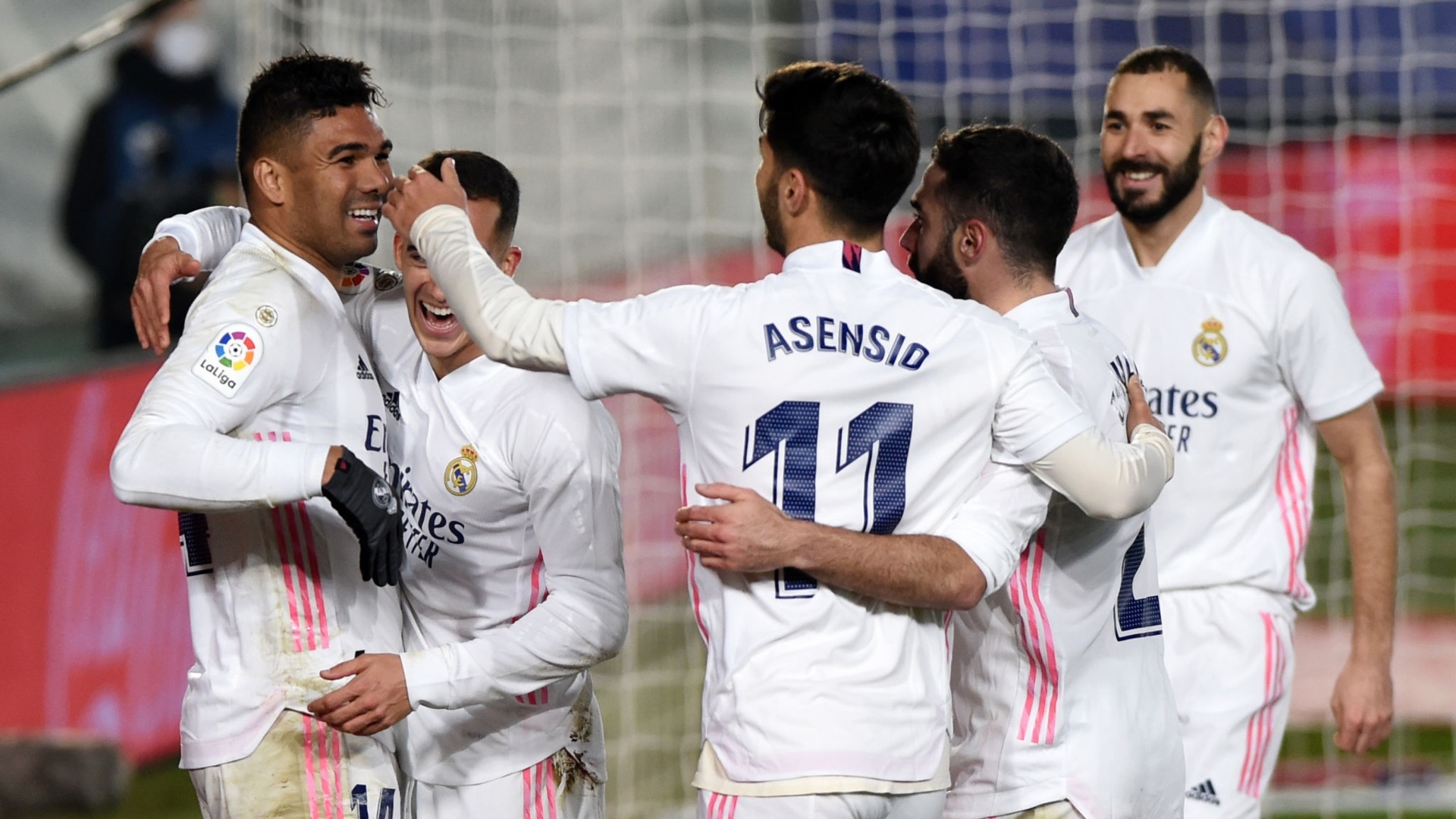 • Dario Poveda will be out for a couple of weeks with some physical discomfort.
• Enes Unal tested positive for Covid-19 and will not be available for this game.
• Erick Cabaco is a long-term injury and Juan Hernandez is sidelined with a sprained ankle.

• Allan Nyom could start in a right-wing spot replacing Takefusa Kubo with Damian Suarez starting in defence.
• David Copovi could be replaced by Sofian Chakla in centre-back.
• The frontline of Carles Alena and Marc Cucurella should continue behind Jaime Mata.

• Real Madrid form has been more impressive due to their unavailable players.
• Defenders, Dani Carvajal, Lucas Vazquez, Raphael Varane and Sergio Ramos are all injured with Nacho Fernandez suspended.
• Casemiro got sent off in the El Clasico and will be suspended for this game.

• Castilla graduate, Victor Chust, is likely to start in centre-back alongside Eder Militao as Alvaro Odriozola should start at right-back.
• Federico Valverde, Toni Kroos and Isco should get the nod in midfield.
• Rodrygo could be given a start alongside Karim Benzema and Marco Asensio to give Vinicius Junior.

Karim Benzema – Karim Benzema has been excellent as usual with 19 goals and 6 assists this season in La Liga. He has created 32 chances, 46 shots on target and 30 successful dribbles as well. Benzema is in fine form with 8 goals and 1 assist in his last 7 La Liga games making him a major force for Real Madrid.

Toni Kroos – The German veteran has 3 goals and 8 assists as he continues to have another great season. Kroos’ long balls over the top have been really difficult to deal with and Getafe will be on the look to prevent those line-breaking passes. He has created 71 chances and has an amazing pass accuracy of 91%.

Rodrygo – The Brazilian youngster has found starts hard to come by with injuries and Vinicius Junior’s stunning form. But he could be given a chance to prove his worth to Zinedine Zidane and get more starts. He has 5 assists in 5 starts this season with 21 chances created, 4 shots on target, 12 successful dribbles at a completion rate of 50%. He also boasts a pass accuracy and will look to link up with the likes of Karim Benzema and Toni Kroos to get off the mark this season. He has shown in the past that he has a lot of potential and it is just a matter of time until he gives Zidane a selection dilemma.

With Atletico Madrid facing the bottom of the table Eibar, Real Madrid can not rely on them dropping points which makes this a must-win for the Los Blancos. The title race in Spain is heating up and as the season draws to a close, any points dropped can end up being very costly. Real Madrid should get the win but Getafe will try to make it as difficult as possible. The home side has scored just 22 goals in 30 games and Real Madrid has conceded just 24 goals in La Liga which will make it even tougher for Getafe to hurt their opponents in the GEF vs RM Today Match Prediction