It’s a tough challenge for Ben Stokes to lead the second string English side.

In an unprecedented situation after several members of the England squad tested positive for COVID-19, ECB has a named fresh squad ahead of the ODI series, which is led by Ben Stokes. Nine uncapped players have got their maiden call-up for the national side.

Meanwhile, Pakistan last played an ODI in April, when they toured South Africa and clinched the 3-match series 2-1. Fakhar Zaman had a terrific series with the bat scoring 300 plus runs. It’s a perfect opportunity for them to win a series as they are playing against the second string team of Englabnd.

The teams chasing have a history of winning more matches here. It’s a flat deck with a good carry and bounce. The bowlers should use the short balls very effectively on this wicket. Anything over 280 will be a competitive score.

Zak Crawley is an elegant batter who times the ball really well. He is in pretty good form. having scored 281 runs in this year’s T20 Blast.

Babar Azam is not new to typical England conditions. He has played a lot of matches, including both international and county games here. His style of game suits the ODI format more than any other format. The Pakistani skipper has accumulated 3808 runs in his ODI career, at an average of 56.83.

Ben Stokes wasn’t included in the initial squad as he was recovering from injury, but in a major development, he was announced as the captain for the Pakistan series. He is a big match player and will be leading the England side for the first time in the ODIs, although he had led the side once in the Test in the absence of Joe Root.

Shadab Khan will definitely come in handy in these conditions. He uses his variations quite well, which may trouble the English batters. He is a useful contributor with the bat also.

Saqib Mahmood has prior experience playing at the International level. He regularly clocks 140 kph, which is his biggest strength. He has played 4 ODIs and has picked up 5 wickets, with the best figures of 2 for 36.

Haris Rauf is an underrated bowler who had a good series against South Africa, where he ended up as the joint leading wicket-taker with 7 scalps.

Mohammad Rizwan had scored plenty of runs in Test and T20I formats and averages more than 40, but he averages only 28.59 in the ODIs. He will be aiming to better his ODI stats and we can back him to do well in this series.

ENG vs PAK Must Picks for Dream11 Fantasy Cricket: 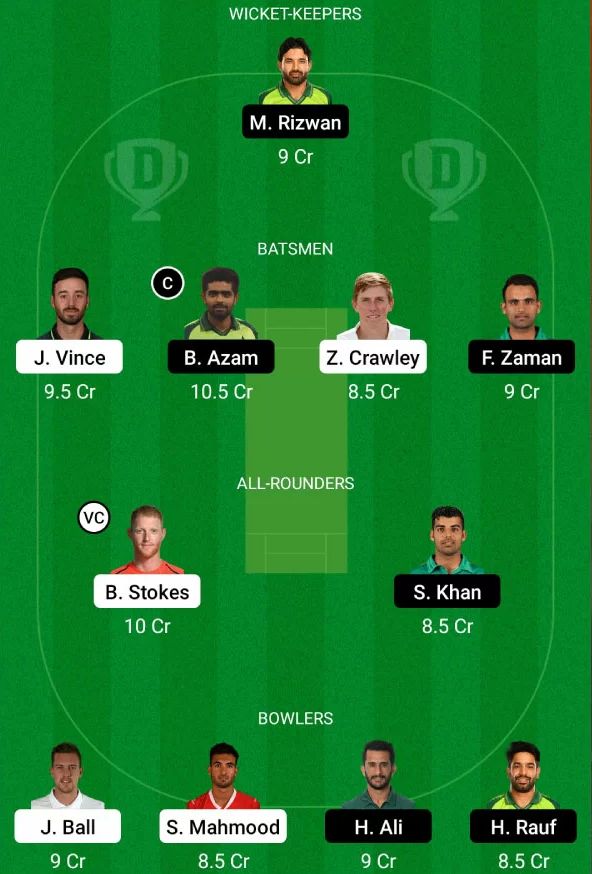 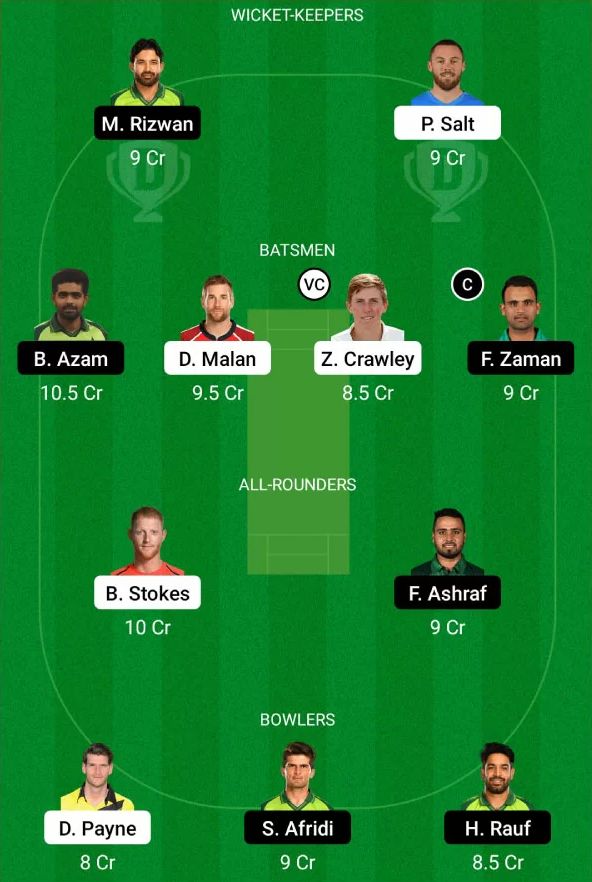 Philip Salt averaged 52.4 with the bat in this year’s T20 Blast and he is exceptional behind the wickets as well. He is a risky captaincy choice for your fantasy teams.

Since too many options in the all-rounder’s slot, it’s better to avoid Mohammad Nawaz while making your fantasy teams.

Disclaimer: This team is based on the understanding, analysis, and instinct of the author. While selecting your team, consider the points mentioned and make your own decision

‘This is surprising!’ – Indian management’s choice to use KL Rahul in middle-order leaves Akash Chopra bemused