DVE vs LSH Dream11 Prediction, Fantasy Cricket Tips, Playing XI, Pitch Report, Dream11 Team, and Injury Update of Dream11 Vincy Premier League T10 match between Dark View Explorers and La Soufriere Hikers. The business end of the Vincy Premier League kick starts with the first Qualifier match against the top 2 teams of the tournament and whichever team wins here, will be guaranteed a place in the finals, while the loser will get another chance to feature in the grand finale.

The game is scheduled to begin at 9:00 PM IST and the live match and commentary can be seen on FanCode and the CricketAddictor website.

Dark View Explorers finished the league at the top by virtue of superior run rate with 6 wins and 2 losses, although they lost their last league match against the same opponents. Shannon Hooper and Deron Greaves will have the responsibility to take their team across the winning line here. They have the best bowling attack in this tournament and will expect them to come to the party once again.

La Soufriere Hikers will be high on confidence after defeating the table toppers in their last league game, too, have 6 wins and 2 losses but are 2nd due to inferior run rate. Dillon Douglas and Othniel Lewis have been the main reasons for their surge in the second half of the league phase. They are 1-1 in a head-to-head battle in this tournament.

The weather for this match will be mostly sunny and clear sky with few broken clouds here and there, the temperature will also be pleasant to play cricket around 27°C. There are no chances of rain and we will see a complete game.

We expect a fresh center wicket to be used for this match, it has been used twice on different occasions and what we observed was that batsmen struggled to hit the ball on the center wicket and bowlers were in the game throughout.

60% of the matches have been won by the chasing side here in recent 5 matches.

Shannon Hooper is the highest owned captain on Dream11 and rightly so as he has been the main player for the Dark View Explorers, he has 9 wickets and 180 runs in this tournament so far and averages 76 fantasy points per match.

Othniel Lewis has been the most effective bowler in this tournament, he has the most number of maiden overs and in one of the matches, he bowled 2 maiden overs. He has 7 wickets and 2 half-centuries in the last 5 matches.

Dillon Douglas is one of the highest run-scorers in this league, he has 2 half-centuries in the last 5 matches, and not only that, he has been taking wickets as well. He averages 72 fantasy points per match.

Deron Greaves is coming back into the form after a series of 3 flop matches, he came back with a match-winning 48 runs and then scored another 23 runs and took 1 wicket in the last match.

Suggested Playing XI No.1 for DVE vs LSH Dream11 Team: 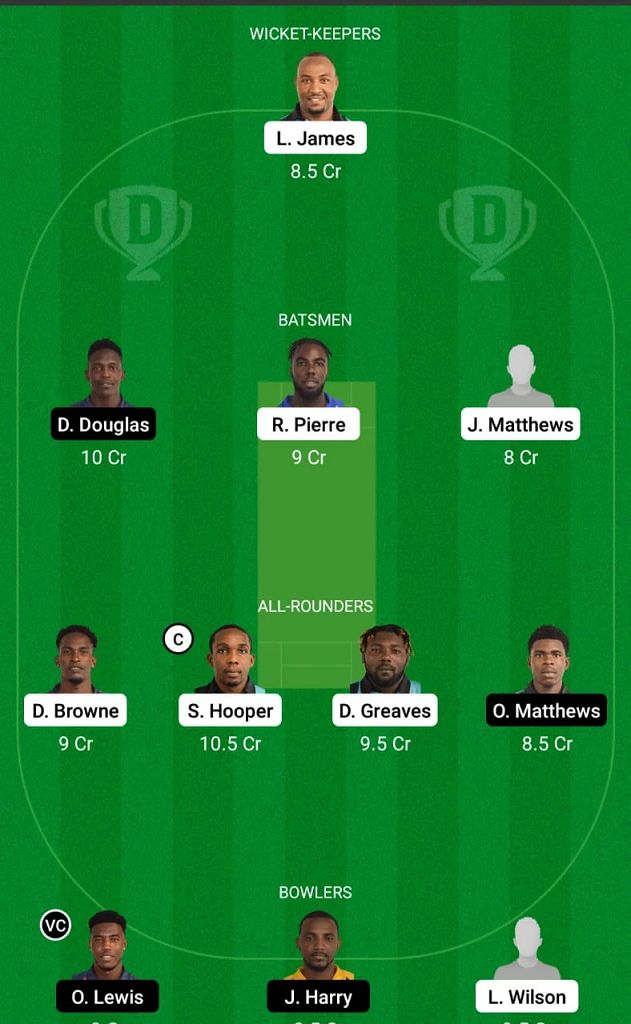 Suggested Playing XI No.2 for DVE vs LSH Dream11 Team: 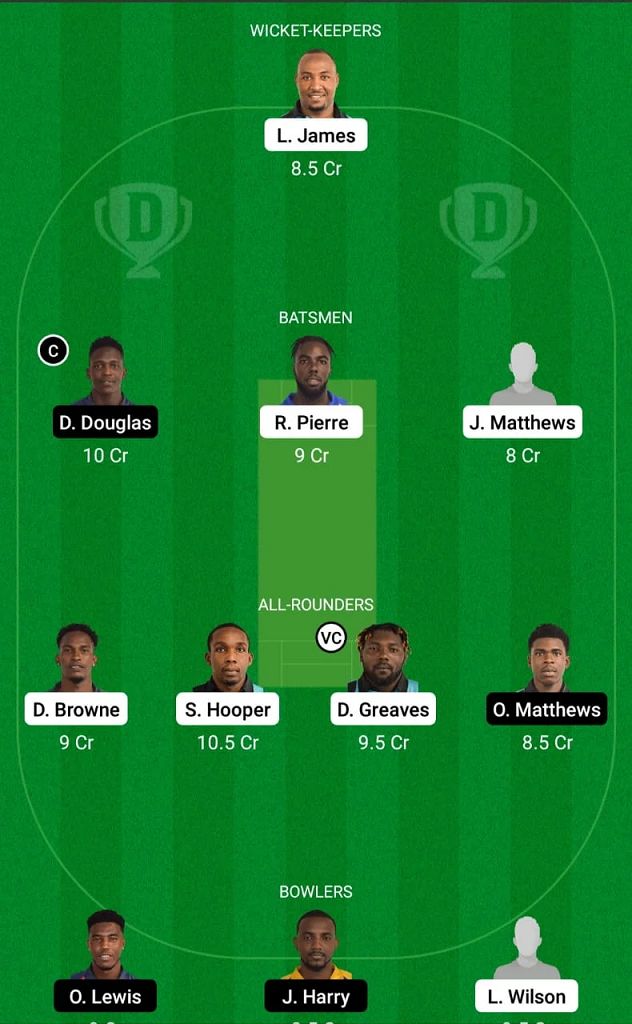 La Soufriere Hikers will be high on confidence and they also have the winning momentum so we expect them to win this match.