ZIM vs PAK Stats : Zimbabwe will take on Pakistan in the first Test match in Harare from 29 April to 3 May. After a hard fought T20I series both the sides will look to continue their good performance in this series as well.

Zimbabwe put up a good show in the just concluded three match T20I series. They lost the series by 2-1 but in all the matches they performed very well and that has given them some confidence ahead of this Test series. In the last Test series they defeated Afghanistan in UAE and will look to replicate that at their home. The return of Brendan Taylor has boosted their batting line up further and uncapped all rounder Luke Jongwe who was top class in the T20Is will be a key player for them along with Sean Williams and Blessing Muzarabani.
On the other side, Pakistan who won the T20I series but will be hoping for a more improved performance in this series. They’re coming with a 2-0 series win over South Africa at home and in this format they have a lot of experience and the likes of Babar Azam, Fawad Alam, Azhar Ali will look to score big runs while in bowling Shaheen Shah Afridi and Hasan Ali will be their main weapons.

Zimbabwe vs Pakistan Statistical Preview of the First Test :

A list of all the major stats and records ahead of the First Test between Zimbabwe and Pakistan in Harare.

Head to Head in Test Cricket : Zimbabwe and Pakistan have played 17 Test matches so far.

10 – Hasan Ali took 10 wickets in his last Test match which was against South Africa in Rawalpindi earlier this year in February. 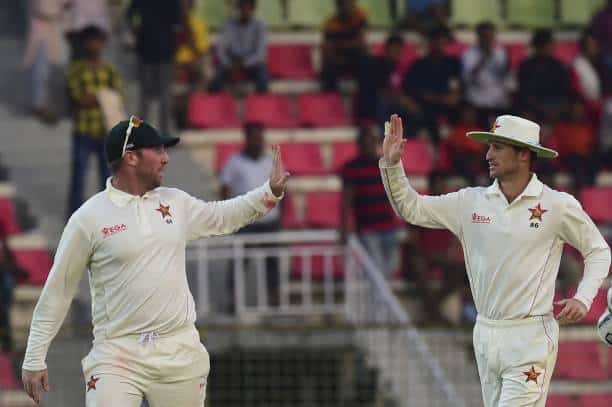 2013 – Zimbabwe and Pakistan will play first Test match against each other since September 2013.