No Result
View All Result
Home Match of the day

by cricknewz
in Match of the day
0

West Indies and Sri Lanka kick start the ODI series with the game at Sir Vivian Richards Stadium on Wednesday night (IST). West Indies won the T20 series 2-1, but Sri Lanka will take heart from their 43-run win in the 2nd T20. Both teams are deep in the transition and will look to take that one step forward which could be crucial for their development.  Here is everything you may want to know about WI vs SL Dream 11 Match Prediction. As we bring you all the news and stats and string all the required pieces together to help you make better teams.

First Step: Look At The Form, Position And Records

More players from the team likely to win gives you a better shot at winning more points in Dream11 fantasy cricket.

West Indies: Bangladesh whitewashed them 3-0 in the ODI series, but that could be a misrepresentation of what West Indies can do when they are at full strength. For West Indies sent their second-string team to the Bangladesh tour, while the current squad is as strong as it can be. It reflected on their performance in the T20s.
That said, West Indies are always seen as a better force in white-ball cricket.

Sri Lanka: Lost 0-2 in the two-match Test series at home against England. But they showed more teeth and put up a better fight in the recently concluded T20 series against West Indies, where they forced the final after winning the second T20 match.

Conclusion: West Indies top-order, as well as the middle-over, has too much firepower. Spinners hold the key for Sri Lanka, but West Indies are likely to come out on top here. 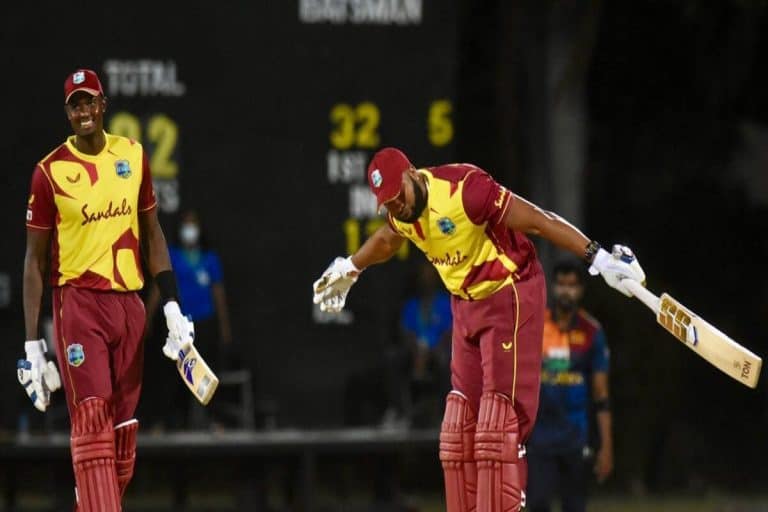 The most crucial part, indeed. If you have selected all the active players in your Dream11 Fantasy Cricket teams, there’s a better chance of you making some money from competitions.

Third Step: Look at the players’ current form. We make it easy for you, take a look at some of the key players from each team and how they fared in the last match, and whether they should be considered in Dream11 Cricket match.

Fourth Step: Now is the time to take a look at the possible line-up both teams may name for this game. So make sure to check out the players who are likely to feature from the second unit.

Suggested Teams: But based on the stats above, you can always make your own teams.

Match of the day