Rohit got to his ton off 204 balls with a huge six off Moeen Ali.

India opener Rohit Sharma has finally managed to cross all the hurdles to score his first century away from home in Tests. He has looked good to score big right through the ongoing series against England but he used to either throw away his wicket or was unlucky at times to get out in the 40s and also fell short once in the 80s.

However, at The Oval, with best batting conditions on offer, he was determined from the word. India came out to bat in the last hour of the third day and he along with KL Rahul looked positive and at the same time, was cautious to make sure he didn’t lose his wicket. Not that Rohit was flawless. He offered a couple of chances, once on the third evening and then on the fourth morning.

On both the occasions, Rory Burns in the slips was the culprit to reprieve him and he rode home the advantage. On either side of those chances offered, Rohit Sharma oozed class playing some extremely brilliant strokes.

Coming back to the morning session, Rohit was completely in the zone not feeling for balls outside the off-stump in the first hour. He only started playing his shots without fear and made sure there was no shot played in a hurry. It was pure timing from India’s opener.

If cover drives were elegant to watch, controlled backfoot punches and pull shots were pleasing to the eyes. Rohit Sharma also played Moeen Ali cleverly who was looking to pitch the ball in the rough patches. He came down the ground to play him over the extra-cover and got to his century with a shimmy down the ground smashing it for a six off the same bowler.

The jam-packed Oval crowd stood up to applaud him as Rohit soaked in all the appreciation and even the Indian dressing room gave him a standing ovation for his efforts. Having said that, Rohit Sharma is known to score big hundreds and he will be keen to switch himself up again to take India into a strong position. 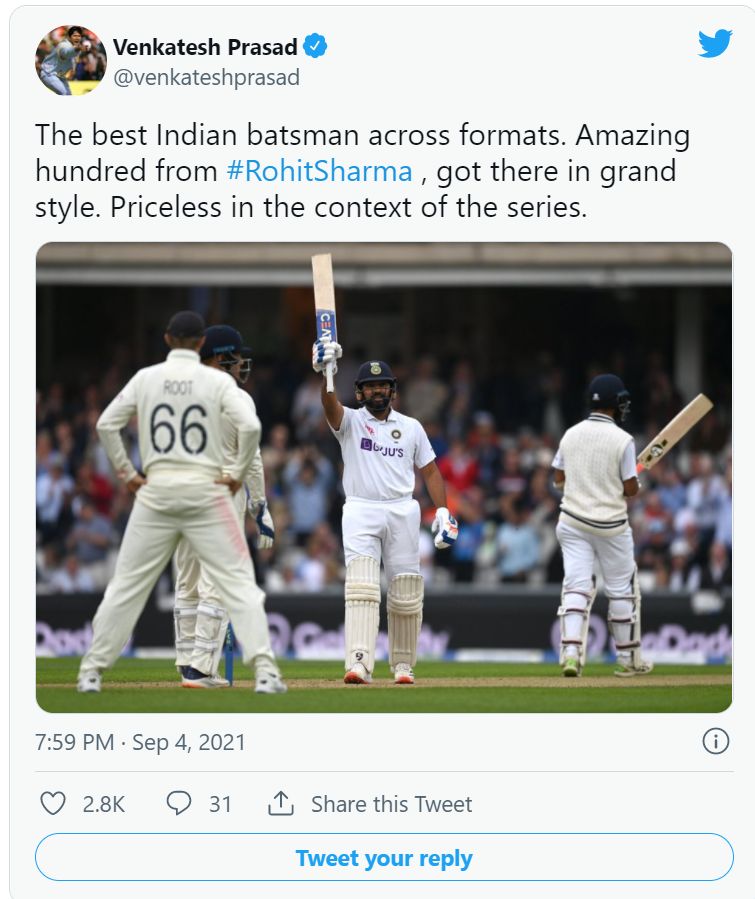 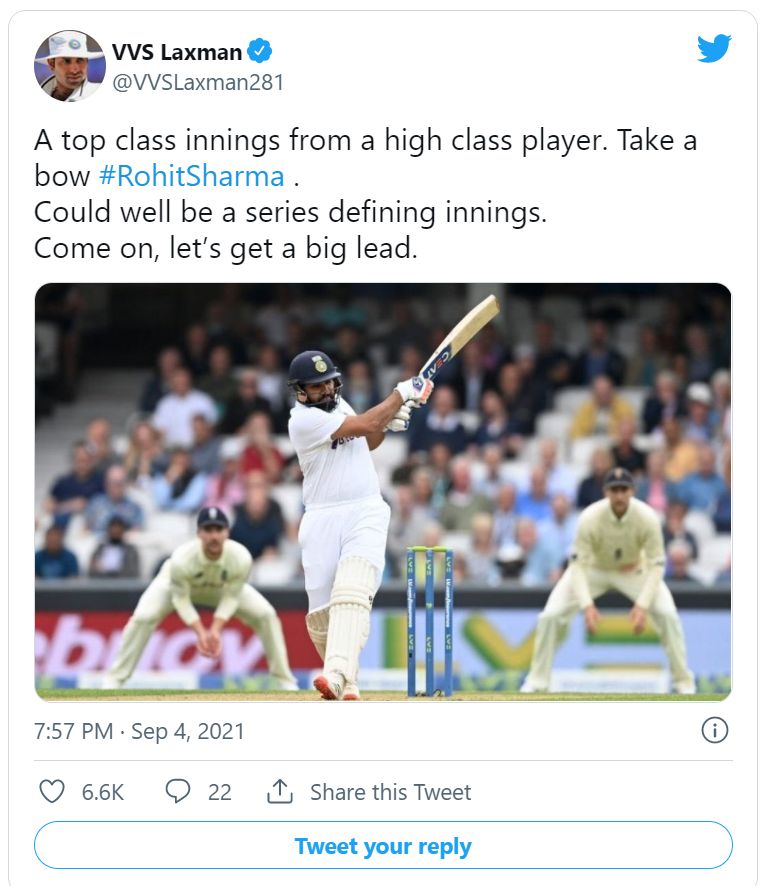 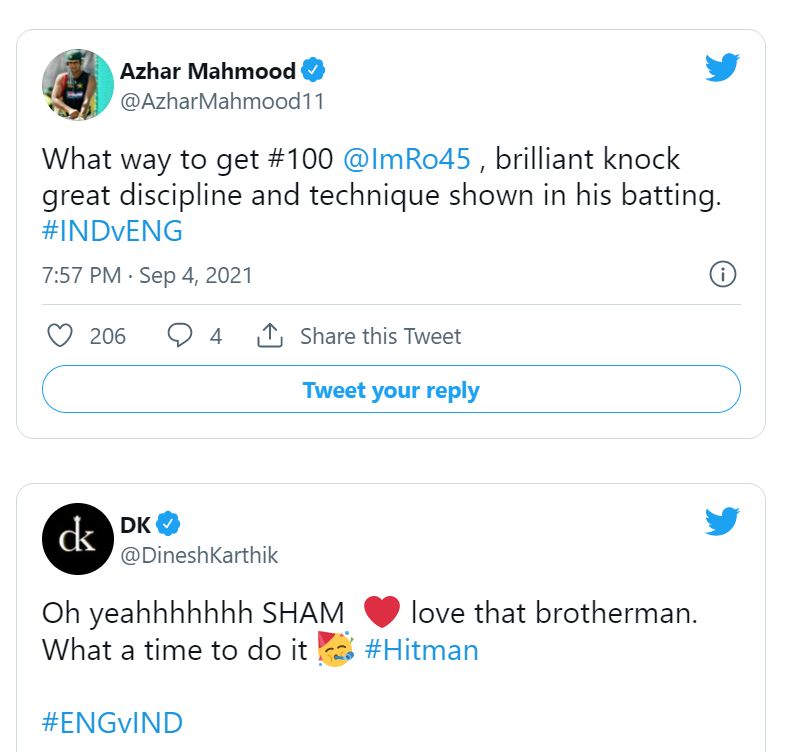 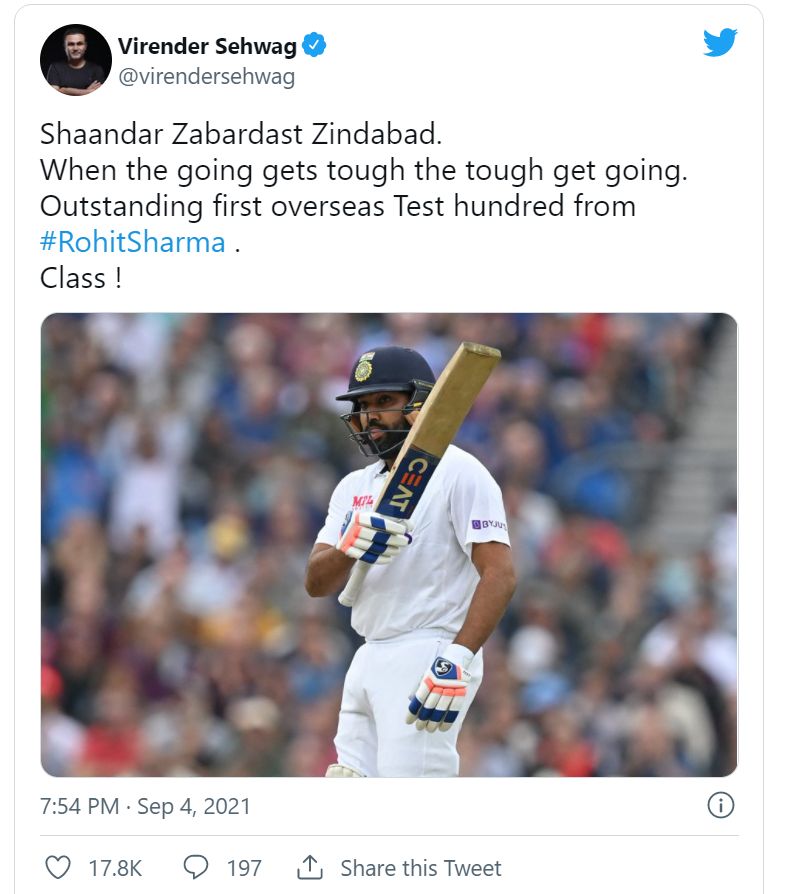 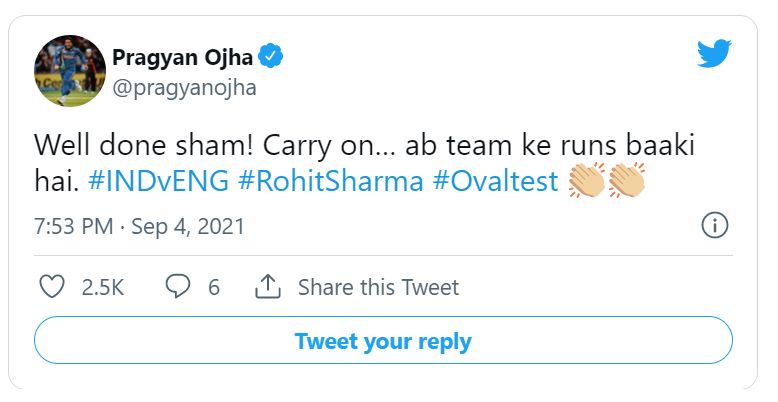 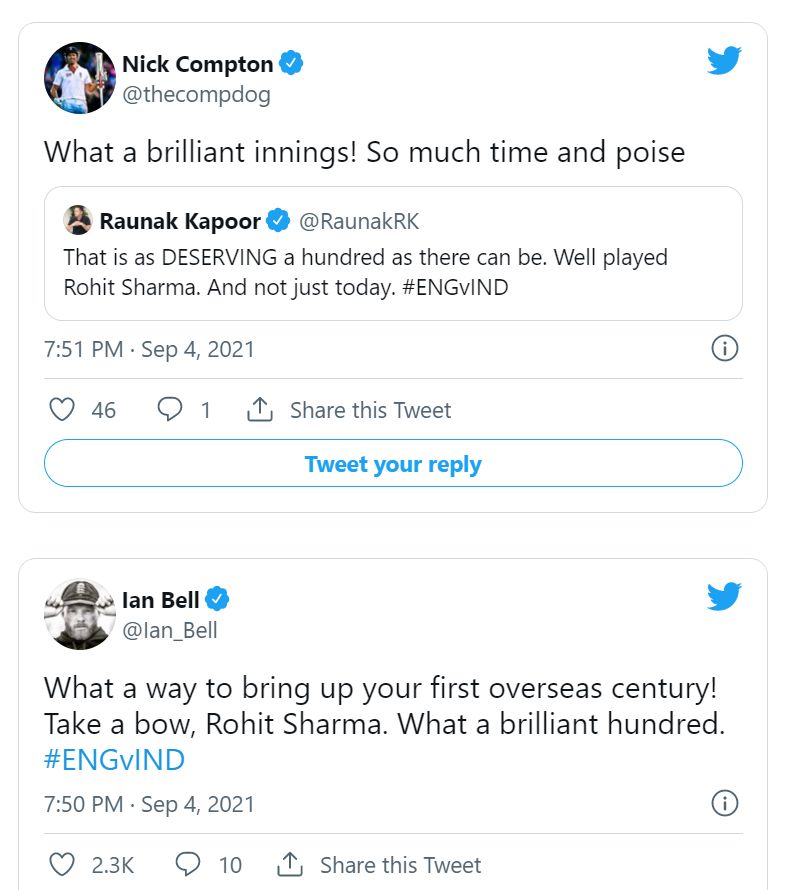 ENG vs IND: VVS Laxman explains the decision of promoting Ravindra Jadeja at no. 5 spot