SRH vs MI IPL: Will David Warner Be Playing In Sunrisers Hyderabad’s Next Game Against Mumbai Indians

SRH vs MI IPL: Will David Warner Be Playing In Sunrisers Hyderabad’s Next Game Against Mumbai Indians

SRH vs MI IPL: Sunrisers Hyderabad keeps on doing the same old same old drab stuff in every game despite the management’s innumerous attempts to give new life to the team. David Warner was relieved from the captaincy role, dropped from SRH’s last game against RR, but the team and the performance looked a mirror image of what we have been seeing from the Orange Army all season. Kane Williamson is under pressure already. He is feeling the heat to justify SRH’s decision to name him captain, but more than that, to prove that SRH are better off without Warner in the playing 11.

Fans were left scratching their head when they saw SRH’s playing 11 against RR. There was no Warner with Afghanistan’s Mohammed Nabi taking his spot in the team as the fourth overseas player.

But considering how easily Sunrisers’s batting was worked down by RR bowlers, it’s hard to see Warner sitting on the boundary line and warming the bench.

Even new captain Kane Williamson admitted that no team can keep a player of Warner’s pedigree out of the team for long.

“He’s (Warner) a world-class player and I’m sure a number of conversations will be held(on Warner’s potential return to SRH Starting 11),” Kane Williamson said after SRH’s 55-run defeat in the last match.

Jonny Bairstow and Rashid Khan are indispensable, while Kane Williamson is an automatic shoo-in as a captain, so that’s left Warner contesting for one final spot, with Mohammed Nabi. 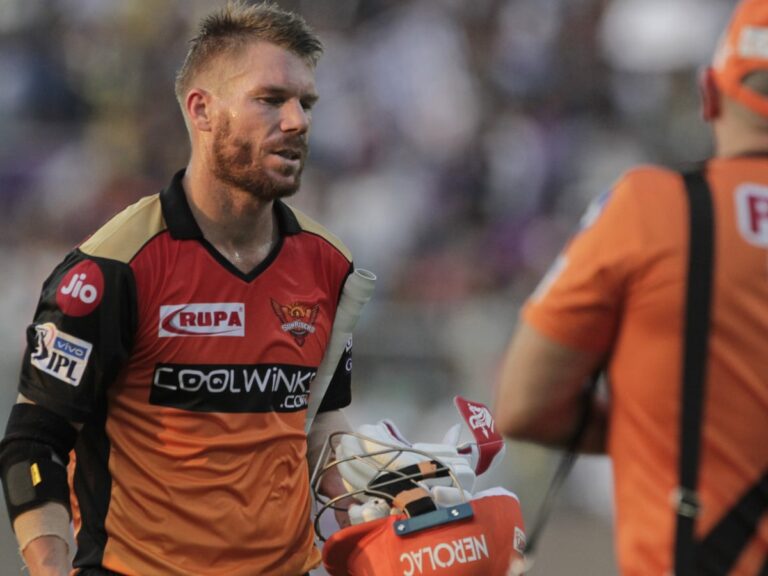 The next five fixtures of IPL 2021 are as follows, including SRH vs MI IPL match: