Sanju Samson Catch: Jaydev Unadkat never lived up to the price tag Rajasthan Royals paid, INR 11.5 crores, for his services back in 2018. He managed only 11 wickets that season while shipping out runs at an economy rate of 9.65. Since then it has been a road downhill for the 29-year-old who was once seen as one of the future stars of Indian bowling. He is no longer the first choice in the RR team either and it showed in the opening game where he was dropped. But the quality of Jaydev Unadkat can’t be questioned. His ceiling remains high.

Jaydev Unadkat was overlooked in the Rajasthan Royals IPL 2021 opening game but he showed his importance to the RR team with a brilliant bowling effort. The 29-year-old sent DC’s openers, Shikhar Dhawan and Prithvi Shaw, back to the pavilion, while nipping Ajinka Rahane as well.

But from the spectators’ point of view, Dhawan’s dismissal stood out.

With Unadkat bowling, India’s left-handed opening batsman, Dhawan, tried to scoop the ball to fine leg, but could only get a thick edge. RR captain Sanju Samson field towards his right and took a brilliant catch to send Dhawan packing.

Unadkat also dismissed Dhawan’s partner Prithvi Shaw who couldn’t;t read a slower delivery and gave a simple catch to David Miller. He was RR’s best bowler with 3-15 figures, while Chris Morris and Mustafizur Rahan also shared three wickets between them, while two DC batsman got run out. 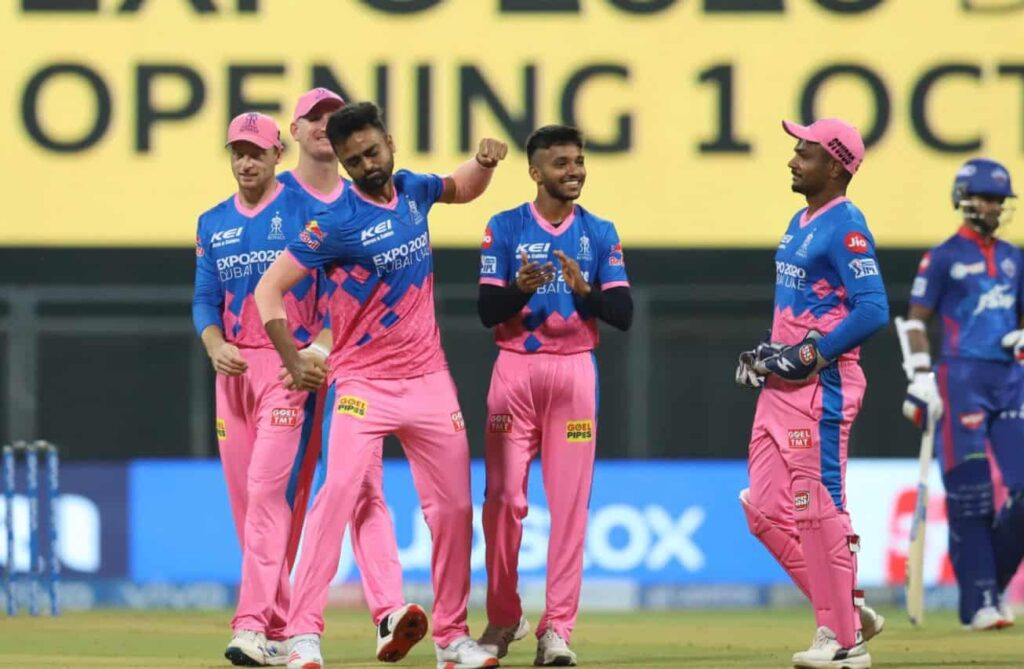