Rajasthan Royals won the toss and opted to field first. Faf du Plessis gave a good start to his team but the opener couldn’t convert his start and got out for 33 runs. Their other batsmen like Suresh Raina, Ambati Rayudu, MS Dhoni etc also got starts but none of them couldn’t convert but their decent innings and useful contributions from lower order batsmen like Sam Curran and Dwayne Bravo helped Chennai Super Kings to post 188/9 on the board.
In reply Rajasthan Royals had a poor start as Manan Vohra’s poor form continued and captain Sanju Samson also got out for one run and both the wickets were taken by Sam Curran. Jos Buttler played some good shots and at 87/2 in 11 overs the match was looking balanced but then Jadeja dismissed Buttler for 49 runs and Royals’ collapsed started after than and all rounder Moeen Ali ran through their middle order as the spinner took 3 wickets for 7 runs in 3 overs and Royals lost 5 wickets for 8 runs and reduced to 95/7 from 87/2 and eventually whole team finished on 143/9 in 20 overs and suffered a big 45 runs loss.

50 – This was the 50th match for Deepak Chahar in Indian Premier League. He has taken 49 wickets in 50 IPL matches.

15 – This was Chennai Super Kings’ 15th win over Rajasthan Royals in the Indian Premier League.

Most Wins for CSK in IPL –

18 – Ravindra Jadeja has taken 18 wickets against Rajasthan Royals in the IPL – the third most by a bowler.

Most Wickets vs RR in IPL – 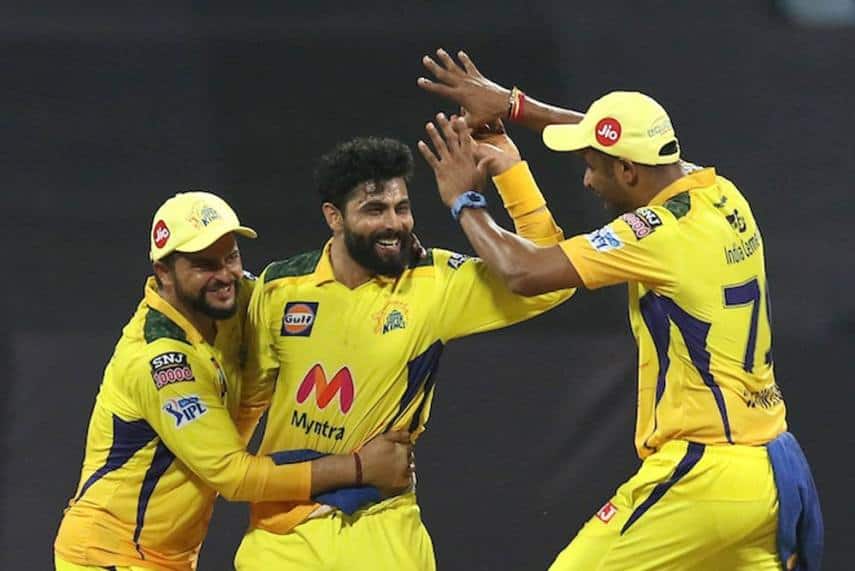 7 – Ravindra Jadeja became the 7th fielder to take 4 catches in an IPL innings.

Players to take 4 catches in an IPL innings –

627 – Suresh Raina has scored 627 runs against Rajasthan Royals in the IPL – the second most a batsman.

Most Runs vs RR in IPL –