Thunder vs Pelicans Fantasy NBA: The Oklahoma City Thunder will enter the game after beating the Celtics behind a 24 points outing by Luguentz Dort. On the other hand, the New Orleans Pelicans lost a close game to the Nuggets despite a 27 points night by Brandon Ingram. More information about OKC vs NOP Dream11 will be given here.

Thunder’s season: Oklahoma City is in rebuilding mode so it is not a surprise that they have a losing record. However, they have a centerpiece in Shai(out for the season), who is accompanied by other talented young players in Dort, Bazley, Maledon, and Roby. For Thunder, this season looks to be all about development of their young core and their youth movement has pieced together fighting performances throughout the season.

Pelicans’ season: Pelicans have the most exciting prospect of the future in Zion Williamson, who has lived up to the hype so far and is a nightmare to defend at the Forward spot. Apart from Zion, Ingram has been a capable scorer and has given Pelicans a lot of life on the offensive end. However, the Pelicans are still not ready to be an NBA Playoffs team and they will have to make some moves in the offseason to achieve that feat. They are placed 11th in the NBA Standings for Western Conference.

Zion Williamson
PPG: 26.8
RPG: 7.1
APG: 3.6
TPG: 2.6
Projected Fantasy Points: 46
Zion’s body and flexibility aid him to terrorize his opponents and he is a nightmare to defend. Williamson is dominating teams in only his second year and he can be a future MVP if he develops in the current trajectory. He is averaging 28.9 PPG and 7.9 RPG this month so far. He is a superb pick as the Super-Player in the Dream11 NBA play.

Luguentz Dort:
PPG: 14.2
RPG: 3.7
TPG: 1.5
PFP: 29
Dort is an up-and-coming player who has a mature head and can avail the opportunity to develop with a rebuilding team. He provides decent scoring at Forward spot and has been at his best since last 5 games, averaging 27.8 PPG and 5.8 RPG. 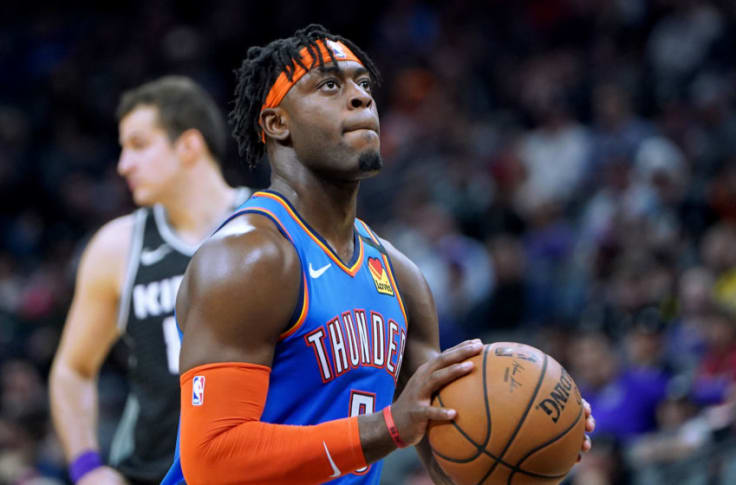 Brandon Ingram
PPG: 24.2
RPG: 5.0
APG: 4.9
TPG: 2.6
PFP: 43
Ingram is one of the most prolific young scorers and he has formed a devastating scoring duo with Zion Williamson at the Frontcourt. He has multiple ways to score and can also assist the ball well. He is averaging 25.7 PPG and 5.5 APG so far this month.

Darius Bazley
PPG: 13.4
RPG: 7.4
TPG: 2.1
PFP: 26
Bazley has given the Thunder a promising outlook at the Forward position. He is in a position to build up a career with a rebuilding franchise and he has taken advantage of the situation so far. He is averaging 18.8 PPG so far this month.

Moses Brown:  PPG: 8.5    RPG: 8.2      BPG: 1.0   PFP: 20
Brown has taken advantage of the opportunities offered to him and has provided both offense and rebounding, while he has shown promise on the defensive end.