Heat vs Nets Fantasy NBA: The Miami Heat will enter the game after losing to the Timberwolves despite a 31 points performance by Jimmy Butler. On the other hand, the Brooklyn Nets are going to hit the floor after beating the Hornets rallying around a 26 points outing by Durant. More information about MIA vs BKN Dream11 will be produced here.

Heat’s season: Miami has had a rough season even after turning things around in March. They have struggled this month and have fielded multiple starting lineups to figure a way out. Though Butler continues to lead them by example, the team has played inconsistent basketball. Miami is placed at 7th spot in the NBA Standings for Eastern Conference and will have to make a winning run if they have to cement a spot for the NBA Playoffs.

Nets’ season: Brooklyn has the most feared trio of Irving, Durant, and Harden, but due to injuries and COVID-19 protocols, the three of them have not been on the floor except some 2-3 games. Despite the absence of one of the other player from the trio, Brooklyn has tormented multiple opponents and are now sitting at 2nd spot in Eastern Conference. If the trio is healthy during the Playoffs then the Eastern Conference should watch out because it will be too much for any team.

Kevin Durant
PPG: 28.1
RPG: 7.0
APG: 5.4
BPG: 1.3
TPG: 3.9
Projected Fantasy Points: 40
Durant has missed most of the season because of injuries but now he is back and is continuing his storied career with a loaded team. Kevin has averaged 23.8 PPG and 6.3 APG since he has come back and seems like he is getting his legs back after a rusty period. He is a terrific option as the Super-Player in the Dream11 NBA scenario. 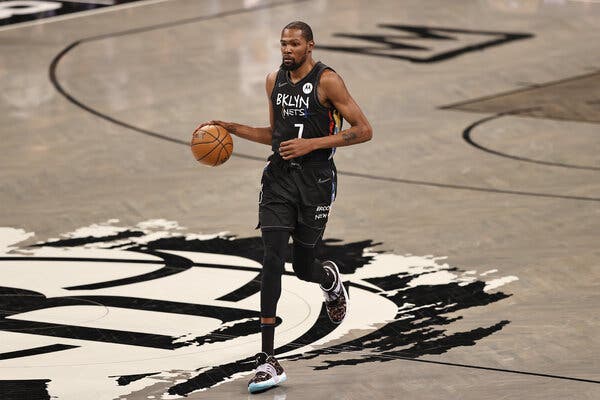 Jimmy Butler
PPG: 21.5
RPG: 7.3
APG: 7.1
SPG: 2.1
TPG: 2.2
PFP: 46
Butler is the emotional, mental, and physical leader of this young Miami team. He has played excellent basketball since the year began and is the primary playmaker and scorer for his team. Jimmy, who led the Heat to NBA Finals last season, will like to see his team perform as they have for a couple of months. He is questionable for the fixture. 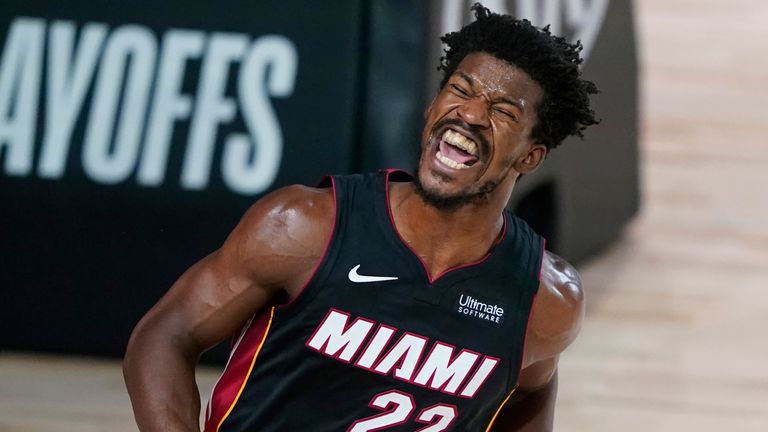 Bam Adebayo
PPG: 19.0
RPG: 9.2
APG: 5.2
BPG: 1.2
TPG: 2.7
PFP: 36
Bam is an all-around talent and his skills make him one of the most versatile big men in the Association. He has done an incredible for his squad and his value is immense since he can make his impact feel in a variety of ways. He is averaging 1.4 SPG so far this month.

Joe Harris:  PPG: 14.3     RPG: 3.6    PFP: 26
Harris has played an amazing complementary role in a team full of high-quality players and his 3-pt shooting makes Nets a more potent team night in and night out.