Babar Azam will be a good captaincy pick for this match.

This match will get underway at 11:30 PM IST and will be streamed live on SonyLIV

Lahore Qalandars have been on a roll this season and would like to continue their winning run. With five wins in eight outings, the Sohail Akhtar-led side is sitting pretty at third place in the team standings, and a win in this encounter would officially confirm their spot in the playoffs. However, they are coming off an 18-run defeat against Quetta Gladiators and would be raring to bounce back.

On the other hand, Karachi Kings are reeling at the penultimate spot in the team standings, and a loss in this clash would end their hopes of getting a place in the final four. As of now, the Karachi-based side has won just three of their eight matches. Moreover, they have lost all their three games after the season resumption. Hence, they would be underdogs for this game as well.

One of the best batsmen going around, Babar Azam has been phenomenal in PSL 2021, and his numbers narrate the entire story. With 424 runs in eight outings, the talismanic cricketer is the second leading run-scorer of the season and would be determined to enhance his tally even further. Not to forget, Azam’s strike rate this tournament is touching 140.

The Afghanistan leg-spinner is another player who’s likely to shine in this game. Arguably the best spinner at present, Rashid can contain the run flow alongside taking wickets regularly. If that’s not enough, the dasher can also contribute with his massive hits lower down the order. The youngster has also been impressive in PSL 2021. 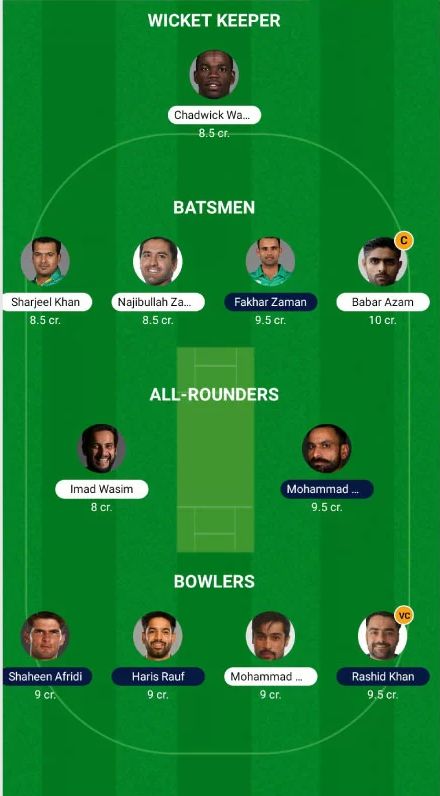