Colin Munro has an average of 96.5 in this tournament.

Meanwhile, Peshawar Zalmi will be playing their last match in the league stages and they must win this match to stay in the top 2 spots. They had won their previous match against Karachi Kings by 6 wickets, which will give them a major boost ahead of this match.

We can say it’s a balanced wicket. The wicket has got pace and even spinners are getting some turn as well. The batters just need to spend time in the middle before they can shift the gears.

Colin Munro is in the top-notch form in this tournament. He has scored 193 runs in 4 matches at an average of 96.5, with the highest score of 90*.

Sherfane Rutherford has scored the most runs for Peshawar Zalmi. He has accumulated 212 runs in 9 matches at an average of 35.33, with the highest score of 56.

Iftikhar Ahmed was the player of the match in the last game against Karachi Kings, where he scored unbeaten 71 runs from just 39 balls. Overall, he has notched 189 runs in 6 innings at an average of 47.25.

Hasan Ali is the leading wicket-taker for Islamabad United in this year’s league, picking up 11 wickets in 7 matches at an excellent economy of 6.10.

Wahab Riaz has picked up the most wickets in this tournament. He has taken 14 wickets in 8 matches at an economy of 8.7, with the best figures of 4 for 17.

Kamran Akmal is in decent form with the bat. He should be the frontline wicketkeeper for your fantasy teams. Akmal has mustered 173 runs in 9 matches at an average of 19.22.

ISL vs PES Must Picks for Dream11 Fantasy Cricket: 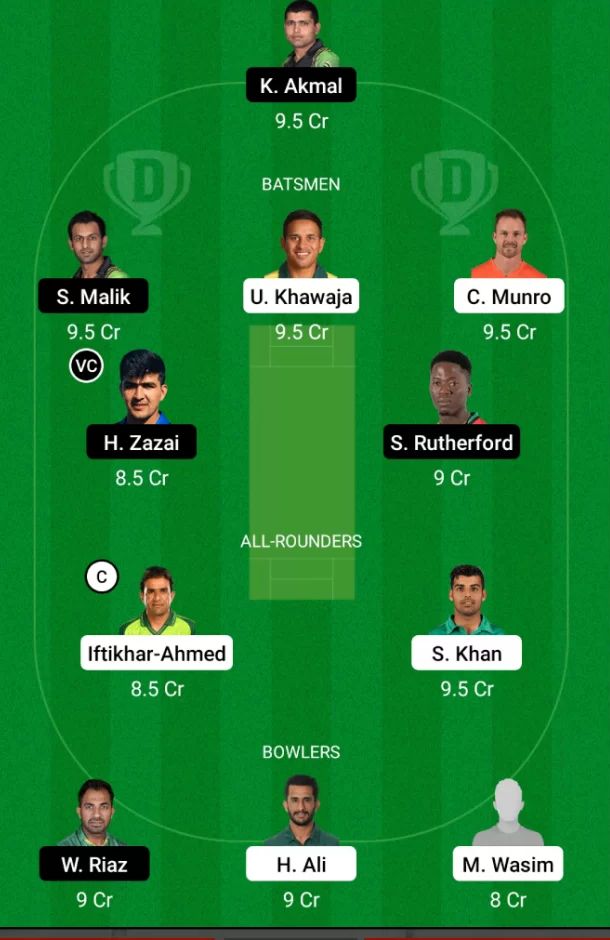 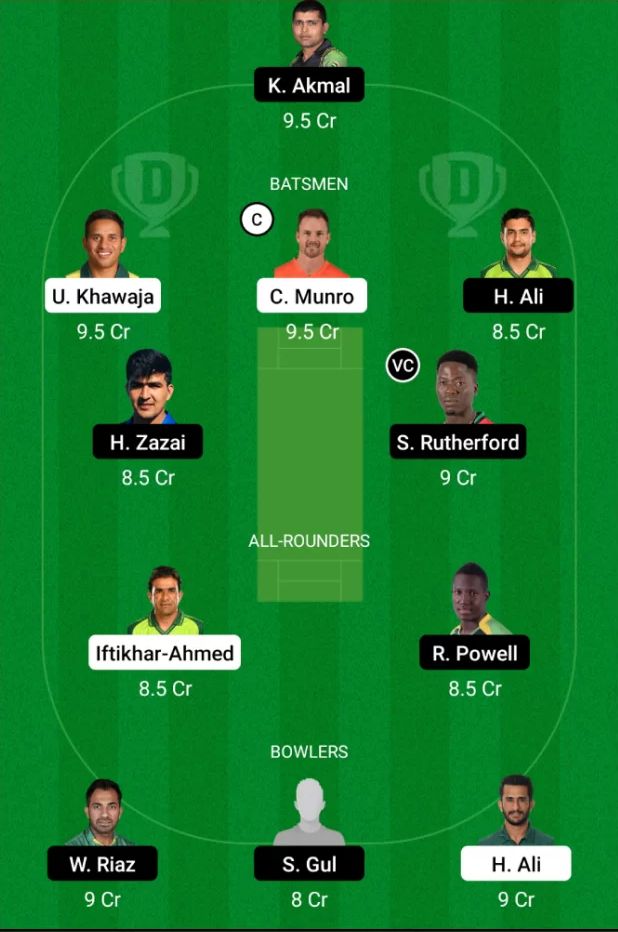 Usman Khawaja has managed to score 70 runs in the 4 matches he has played so far in this tournament. Going with his current form, he is a risky captaincy pick.

Wahab Riaz picking wickets regularly in this tournament. You can take a risk and pick him as your fantasy team skipper.

Since Kamran Akmal should be the first-choice wicketkeeping option, you can avoid Rohail Nazir while making your fantasy teams.