IPL 2021: MS Dhoni to take the last flight from the CSK camp – Know the Reason Why?

IPL 2021: MS Dhoni to take the last flight from the CSK camp – Know the Reason Why?

MS Dhoni News: Former India legendary captain MS Dhoni who is also the skipper of the Chennai Super Kings (CSK) IPL franchise is definitely an inspirational figure both on and off the cricketing field. The 14th edition of the Indian Premier League had to be suspended indefinitely due to multiple covid-19 cases reported within the team bio-bubbles. And now, MS Dhoni has decided to delay his departure to his hometown in Ranchi until all the other CSK teammates return home safely.

MS Dhoni in IPL: Thala will be last to leave CSK camp

According to recent sources, MS Dhoni has informed all his teammates that he would be the last person to board the flight for Ranchi after the suspension of the IPL. During a virtual meeting with all his CSK teammates, the skipper stated that he wants first the foreign players and the support staff to return home through a secure passage. 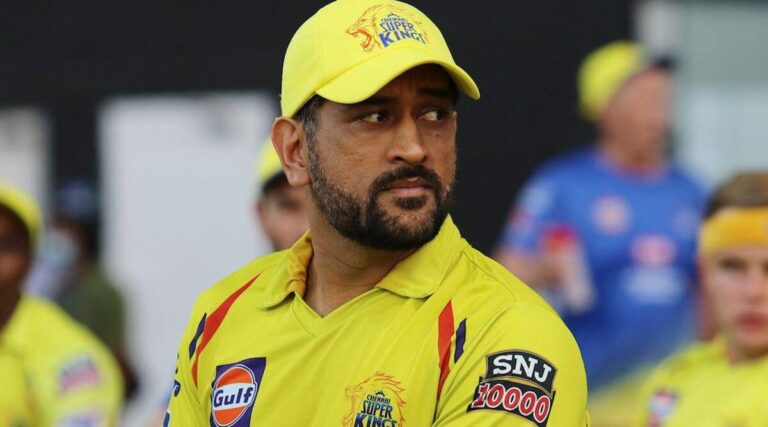 “Mahi bhai said that he will be the last person to leave the hotel. He wanted foreigners to leave first, then the Indian players. He will be taking the last flight tomorrow when everyone reaches their home safe and secure,” a member of CSK told Indian Express.

Related: How was the IPL Bio-Bubble BREACH? As it Happened

Reportedly, Chennai Super Kings have organised a 10-seater charter flight to shift players from Delhi to Rajkot, Mumbai. There is also another charter plane arranged to drop players from Chennai and Bangalore while Dhoni is all set to leave for Ranchi on Thursday.

The BCCI has already informed that all the players are required to undergo a mandatory 3-day quarantine at home after which a RT-PCR test will be conducted.

IPL 2021: Michael Hussey to quarantine in India for 10 days

CSK batting coach Michael Hussey was the first overseas member associated with the IPL to test positive for coronavirus. The trio of Hussey, bowling coach Lakshmipathy Balaji and a member of the CSK travel staff contracted the deadly virus. It is now being understood that Hussey will quarantine in India for 10 days in the team hotel in Delhi.

“His (Hussey’s) symptoms are relatively mild, so he’s in for a stint of isolation in his hotel for at least 10 days, but his team have got some really good support systems around him, which is good,” Todd Greenberg, the Australian Cricketers’ Association Chief Executive, was quoted as saying in the Sydney Morning Herald.

“We’ve spoken to Mike today. He is in good spirits. His symptoms are relatively mild. He is in a stint of isolation in his hotel room…he has good support systems around him,” Greenberg said.