Mumbai Indians won the toss and opted to bowl first. Chennai Super Kings had poor start as Ruturaj Gaikwad got out cheaply. Then Faf du Plessis and Moeen Ali counter attacked and added over 100 runs for the second wicket. Both du Plessis and Moeen Ali scored fifties but they couldn’t convert them into big one. Then in the end Ambati Rayudu counter attacked and his 72* runs off 27 balls knock helped Chennai to post a big total of 218/4 in 20 overs.
In reply Mumbai Indians started very well as Rohit Sharma and Quinton de Kock added 71 runs in 7 odd overs and then they lost three quick wickets. When Pollard came to bat Mumbai Indians needed 121 runs to win and the destructive all rounder started from first ball and kept Mumbai in the run chase. In the last over they needed 16 runs to win which Pollard scored and his marathon knock of 87* off just 34 balls helped Mumbai to register a historic win.

219 – Runs chase of 219 is the biggest run chase for Mumbai Indians in the IPL. The previous biggest for them was 199 runs which they recorded against Punjab Kings in 2019.

20 – Ambati Rayudu scored 20 balls fifty which is the joint second fastest fifty for Chennai Super Kings in the IPL.

56 – Jasprit Bumrah conceded 56 runs in his 4 overs spell – the most runs he has conceded in an IPL match.

Most runs conceded by Jasprit Bumrah in an IPL match –

87* – Runs score is the highest individual score for Kieron Pollard in the Indian Premier League. The previous highest was 83* runs against Punjab Kings in IPL 2019. 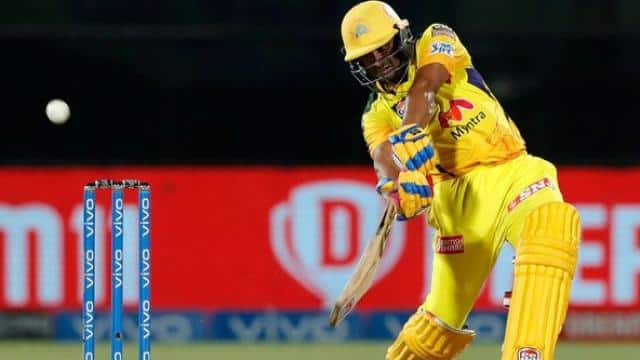 Most Runs, Most Wickets, Points Table after Today’s Match :

A list of most runs, most wickets and points table after today’s match (MI vs CSK) in IPL 2021.