T20 World Cup Date: The grand stage is all set for the ICC T20 World Cup 2021 which will be played in the United Arab Emirates and Oman. The global event was all set to take place in India but the COVID-19 crisis forced BCCI to move the tournament to the gulf country. The event will take place from October 17 to November 14.

Virat Kohli & CO are placed in Group 2 of Super 12 and will begin the proceedings in a match against their arch-rivals Pakistan on 24th October at Dubai cricket stadium. The Asian heavyweights will next lock horns against New Zealand on 30th October at the same venue. 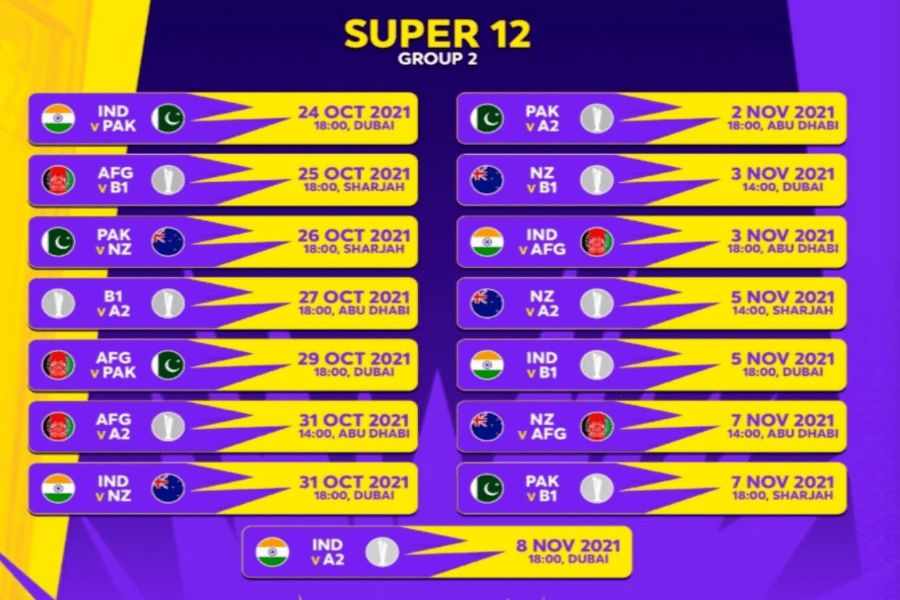 The ‘Men in Blue’ will then travel to Abu Dhabi and will face Afghanistan on 3rd November. The Virat Kohli-led Team India will then cross swords against the table-toppers of group B at Dubai on 5th November. They will then play their last group stage match against runner-ups of group A at the same venue.

The semi-final 1 and 2 are slated to be played on 10th and 11th November respectively with the summit clash set to take place on 14th November in Dubai.

After Team India lost the ICC World Test Championship (WTC) final many fans were disappointed and one thing was on everyone’s head: When is the next ICC event?

Now with the itinerary being revealed for the upcoming T20 World Cup, many Indian fans want, Team India to silence all the critics and break the jinx of winning the knockout matches to clinch their first ICC trophy under the leadership of Virat Kohli.

Though it won’t be an easy task, Team India have a fair chance to win the T20 World Cup. With the likes of KL Rahul, Rohit Sharma, Rishabh Pant, Jasprit Bumrah all in the top-notch form it will be interesting to see if Men in Blue can clinch their first ICC Trophy since 2013.