Last night in Abu Dhabi, New Zealand dumped the Englishmen out of the tournament in the semifinals, defeating them by five wickets with one over to spare. It was a sensational batting effort from the Kiwi duo of Daryl Mitchell and James Neesham that took down the favourites for the World Cup.

Pietersen had made a bold statement terming England as virtually unbeatable unless they’re up against Pakistan and Afghanistan.

“Only Pakistan or Afghanistan can beat England in this T20 World Cup. BUT and it’s a BIG BUT, the game would have to be played on a used wicket in Sharjah. Anywhere else, just hand England the trophy like Chelsea should be handed the EPL trophy RIGHT NOW!” Pietersen had tweeted. 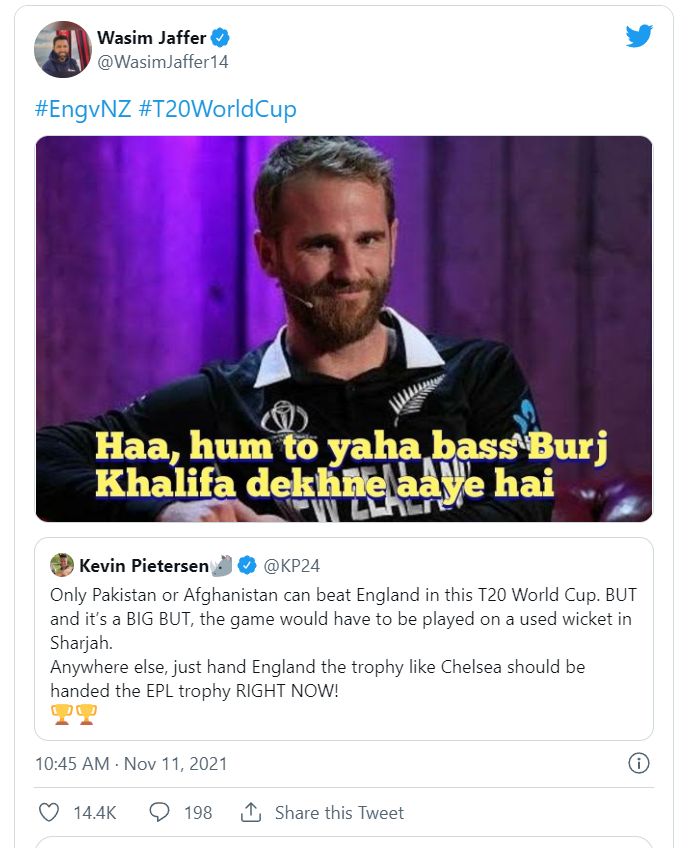 The victory over England should give tremendous confidence to Williamson and co. They have entered their maiden T20 World Cup final, and a win here could potentially establish them as the best team in the world across all formats, having won the ICC WTC 2021 and reaching the finals of the 2019 ODI World Cup.