Nuggets vs Knicks Fantasy NBA: The Denver Nuggets will enter the game after losing to the Lakers despite a 32 points outburst by Nikola Jokic. On the other hand, the New York Knicks beat the Grizzlies rallying around a 28 points outing by Julius Randle. More information about DEN vs NYK Dream11 will be given here.

Nuggets’ season: Denver Nuggets lost Jamal Murray a few weeks ago due to an injury, but Michael Porter has become a major enforcer on the offensive end, filling Murray’s void to a substantial level. The play of Jokic has been commendable but the team also has some amazing players in Will Barton, Aaron Gordon, and Monte Morris. Nuggets are the 4th best team in the Western Conference and will be a formidable foe for any team during the Playoffs.

Knicks’ season: Expectations were low on Knicks for this season but the young squad has risen up in face of a premier season by Julius Randle and the growth of RJ Barrett. Derrick Rose has been a premier option off the bench and the tenacity of Knicks has given hiccups to even many well-built rosters too. Knicks have won 9 out of the last 10 games and are located at the 4th position in the NBA Standings for Eastern Conference.

Nikola Jokic
PPG: 26.3
RPG: 10.9
APG: 8.5
SPG: 1.4
TPG: 3.1
PFP(Projected Fantasy Points): 49
Jokic has had a record-breaking season and he is the engine that keeps the Nuggets ticking. His all-around offensive abilities allow him to be one of the most potent weapons and he is surely having an MVP-like campaign. He has crossed the 30 points mark thrice in the last 5 games. Jokic is an excellent pick-up as the Super Player in the Dream11 NBA scenario but is also “questionable” for the game. 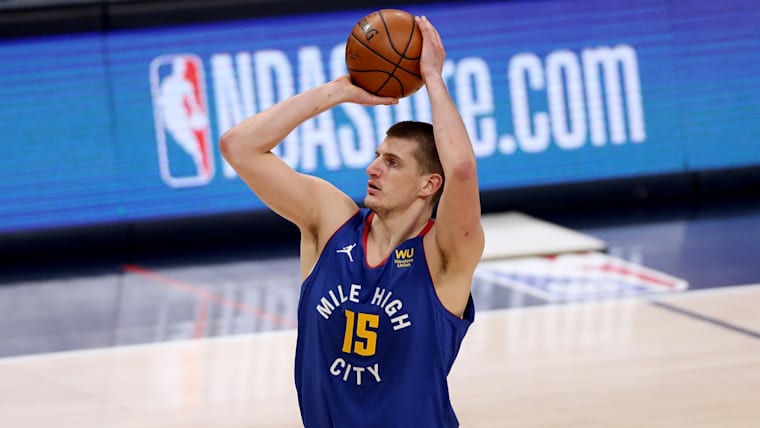 Julius Randle
PPG: 23.6
RPG: 10.3
APG: 5.9
TPG: 3.4
PFP: 47
Randle has had a breakout season and said recently that he deserves to be in the MVP talk. His performances have been indeed spectacular and he does have had a huge impact on the improved fortunes of the Knicks. He leads the Knicks in PPG, RPG, and APG, indicating what an incredible all-around player he has become. He is averaging 28.4 PPG for the last 5 games, crossing 30 points mark thrice in the period. 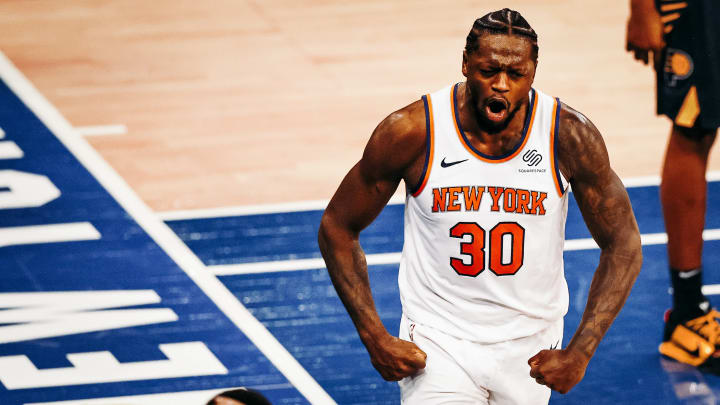 RJ Barrett
PPG: 17.6
RPG: 5.8
APG: 3.0
TPG: 2.0
PFP: 39
RJ is a superb talent at the age of 20 and has a long time to hone up his skills. He has been stellar at the professional level and has shown that he belongs to the upper crop of the young talent in the League. His dynamic style of play enables him to finish strong but his shooting touch still has a long way to go.

Michael Porter Jr.:
PPG: 18.9
RPG: 7.5
BPG: 1.0
TPG: 1.2
PFP: 43
Porter’s early career has been dampened by injuries but he has now proven that he has the potential to become an elite SF. He has been on a tear since the year began, and has even lead Nuggets in points during some games. He is averaging 25.2 PPG for the last 5 games.

Aaron Gordon(Since joining Nuggets): PPG: 10.5     RPG: 4.8      TPG: 1.3
PFP: 20
Gordon’s scoring isn’t at a premium since coming to Denver but he is still adjusting to the system. The Forward has given them depth so the Nuggets will still savor the production he is generating right now.