At the time of writing, Delhi Capitals were part of the top four in the Indian Premier League 2021 points table, while Kolkata Knight Riders were a part of the bottom four. But coming into this game, the latter camp will be more confident than the former.

The reason for that being, Kolkata Knight Riders finally put an end to their four-match losing streak by beating Punjab Kings in their last game. On the contrary, Delhi Capitals tasted defeat after two consecutive wins in their last game against Royal Challengers Bangalore. They will be eyeing a way to make a comeback.

The first match of IPL 2021 at the Narendra Modi Stadium highlighted the batting-friendly nature of this venue. Anything under 170 should be chased down easily here.

Playing XIs for DC vs KKR:

Shikhar Dhawan might have had a bad game against Royal Challengers Bangalore, but he scored 25+ runs in all the 3 matches before that, which makes him a good captaincy pick.

Rahul Tripathi has established himself as a pillar in KKR’s batting unit in the last couple of matches. He scored 41 runs against Punjab Kings and 36 runs in the match before that against Rajasthan Royals.

Andre Russell is coming a bit down the order, but the game against CSK showed that the Caribbean superstar can light the stage on fire whenever his team wants him to. He has also been successful with the ball, having picked up 6 wickets.

Sunil Narine justified his selection by picking up 2 wickets in the last game against Punjab Kings. We can also expect runs from his blade.

Avesh Khan has picked up at least one wicket in all of his last 5 games in IPL 2021. He has also picked up two three-fers in those games.

Pat Cummins enjoyed bowling in this stadium, as he broke his wicketless streak by picking up two wickets in the last game.

Rishabh Pant couldn’t take his team over the line in the last game, but he scored an impressive 58. It was his third 35+ score in his last 5 games.

DC vs KKR Must Picks for Dream11 Fantasy Cricket: 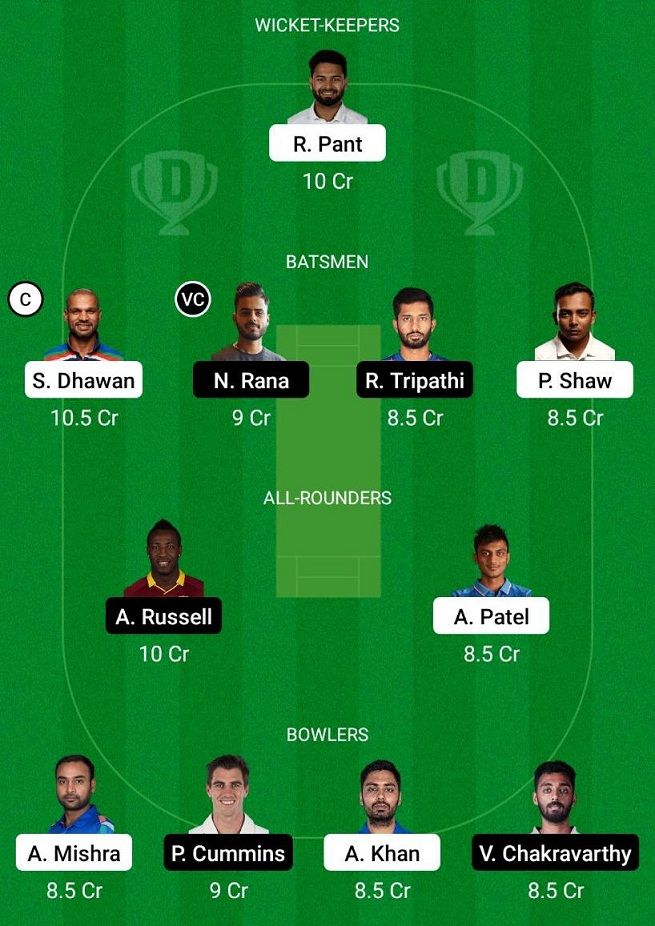 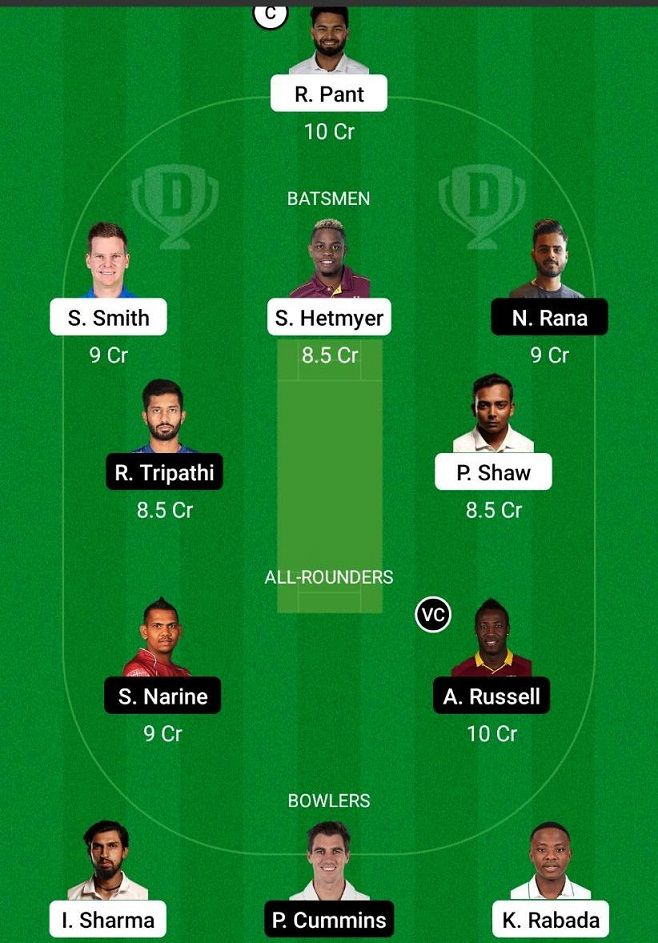 Kagiso Rabada may be picked in the first team as well by replacing Amit Mishra. Dinesh Karthik may be tried in one of the teams for this encounter.