Chandrapaul Hemraj became the 2nd batter to score a century in this CPL.

Bottom placed Barbados Royals will take on Guyana Amazon Warriors in the 20th match of the CPL 2021. It’s a worrying situation for Barbados Royals as they are coming into this match on the back of 3 losses on the trot. They desperately need a win to stay alive in the contest.

Guyana Amazon Warriors, on the other hand, beat Barbados Royals convincingly by 9 wickets in their previous meeting. Chandrapaul Hemraj smashed unbeaten 105* runs from 56 balls to seal the game for the Warriors. With 3 wins and 3 losses, they are at 4th spot in the standings with 6 points with a net run-rate of -0.096.

The surface is slightly in favour of the bowlers where setting up the target is a huge task for the batters. Since continuous matches are being played over the last 2 weeks, the surface has become quite slower than normal. It’s a 160-170 kind of wicket, batting 2nd is a preferable option in the night matches.

Barbados Royals mainly rely on Glenn Phillips at the No.4 position. Including a sole half-century, he has scored 128 runs in 6 matches at an average of 25.6. We can expect a better performance from him in this game.

Chandrapaul Hemraj came out of the syllabus and scored a scintillating century against Barbados Royals, he remained unbeaten on 105* runs. Overall, in 6 matches so far, he has mustered 178 runs at an average of 35.6.

Mohammad Hafeez is using CPL as a platform for his preparation for the upcoming T20 World Cup. The veteran all-rounder has scored 137 runs and picked up 4 wickets in this competition.

Oshane Thomas is a decent pick for your fantasy teams. In 6 matches he has managed to scalp 4 wickets at an economy of 7.21.

Romario Shepherd has been terrific with the ball so far. In only 4 matches in this tournament, he has already grabbed 11 wickets at an economy of 6.2 with the best figures of 3 for 15.

Azam Khan has been rewarded for his efforts as he has been included in the Pakistan squad for the T20 World Cup. He is the leading run-scorer for Barbados Royals in this tournament with 157 runs in 6 matches at an average of 26.16.

BR vs GUY Must Picks for Dream11 Fantasy Cricket: 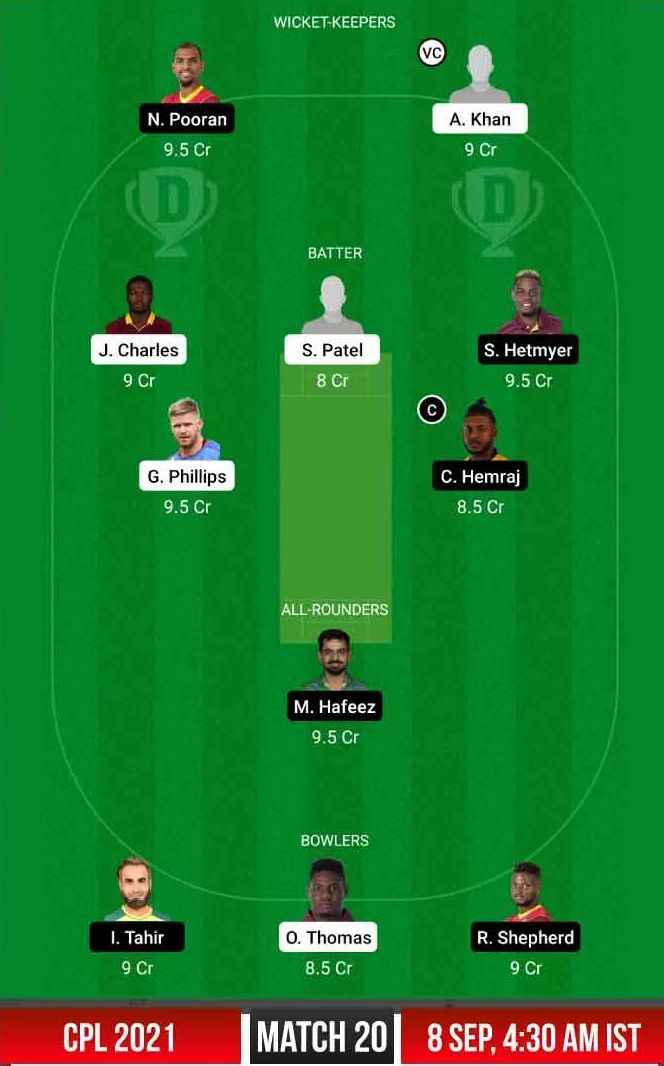 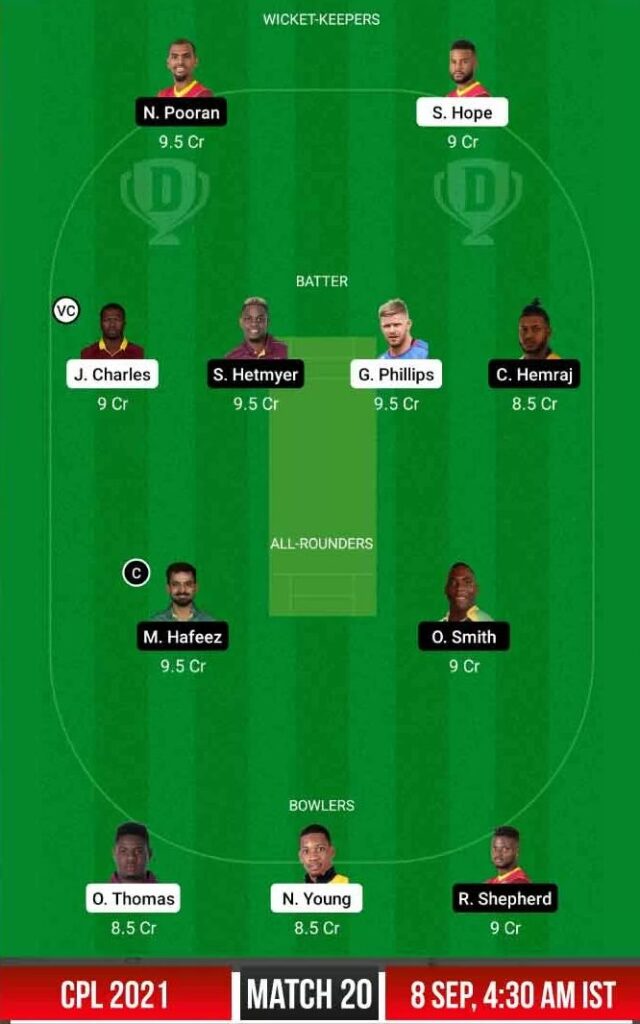 Smit Patel has played just 2 matches in this tournament and has already hit a half-century. In 2 matches he has added 54 runs, you can take a risk and pick him as your fantasy team skipper.

Nicholas Pooran is yet to score a half-century in this year’s CPL. He averages 28.5 with the bat, considering his decent form is a risky captaincy pick for your fantasy teams.

Shoaib Malik averages 8.25 with the bat and can’t accommodate him in the final eleven.

What happened in the cricket world today – September 7

What happened in the cricket world today – September 7