Fabian Allen hasn’t been dismissed in this tournament.

Table-toppers St Kitts and Nevis Patriots will be up against Barbados Royals in the 14th match of the CPL 2021. It seems like St Kitts and Nevis Patriots batters are playing on a different surface, as they haven’t thrown away wickets easily. Sherfane Rutherford is winning games for his side with the bat. They are still unbeaten in this tournament and would want to extend their dream run.

On the other hand, Barbados Royals got defeated by St Kitts and Nevis Patriots earlier in this tournament by 21 runs. Their only win in this tournament came against Jamaica Tallawahs by 15 runs. With one win and 3 losses, they put themselves at the fifth spot in the standings with 2 points.

The batters are finding it difficult to score runs on this slow surface. Having said if they do bat on long, there are more chances of scoring 160 plus runs. Only once they have surpassed the 200-run mark in this CPL, which clearly shows the bowlers have dominated more.

Sherfane Rutherford is in sensational form with the bat in this CPL having scored 3 half-centuries. In 4 matches so far, he has mustered 175 runs at an average of 87.5 and a strike rate of 145.83.

Fabian Allen played improbable innings in the last game against Jamaica Tallawahs where he smashed 30* runs from 12 deliveries, which includes 2 fours and 3 sixes. He can be used anywhere in the batting order.

Dominic Drakes was slightly expensive in the last game against Jamaica Tallawahs, despite going 10 runs an over he picked up 2 wickets. Overall in this tournament, he has scalped 7 wickets at an economy of 6.93.

Playing in his first match of the tournament, Joshua Bishop caught the eye of everyone by picking up 3 wickets against Jamaica Tallawahs by conceding 20 runs in his 4 overs.

Azam Khan played one of his best knocks of the tournament in the last game against Jamaica Tallawahs, where he smashed 50 runs from just 30 balls. His innings comprised of 5 fours and 3 sixes.

SKN vs BR Must Picks for Dream11 Fantasy Cricket: 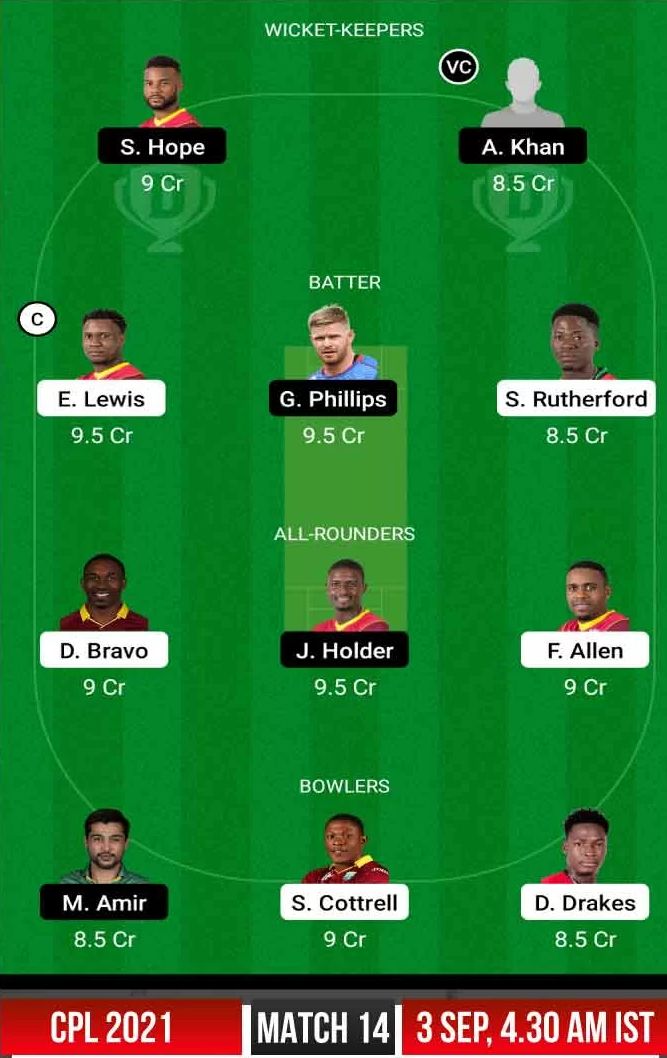 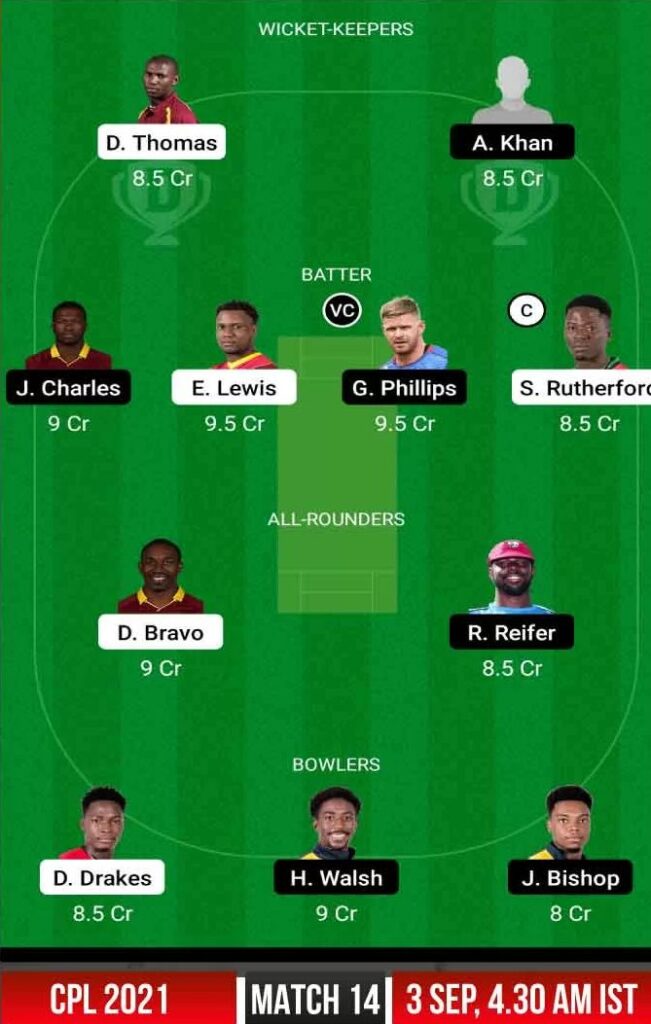 Devon Thomas has scored 105 runs in 4 matches in this tournament at an average of 35. You can take a risk and pick him as your fantasy team skipper.

Johnson Charles is still searching for big runs in this tournament. He has managed to score 63 runs in 4 matches so far. You can take a risk and pick him as your fantasy team captain.

Asif Ali struggled a lot in this competition. He averages 4.66 with the bat and hence it’s better to avoid him while making your fantasy teams.